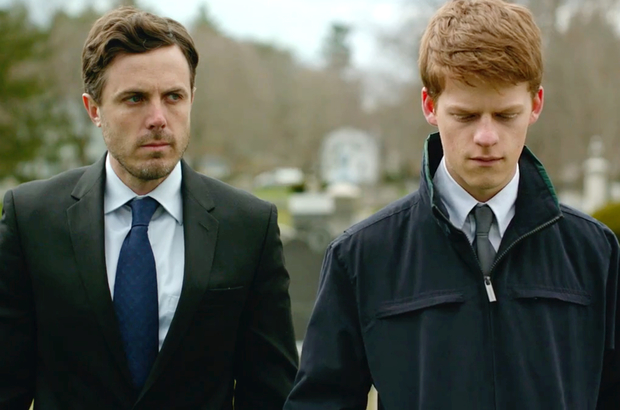 XIN YI WANG explores how Kenneth Lonergan’s quiet yet mesmerising film draws out the beauty of the everyday.

Manchester by the Sea is beautiful. Its story is simple, its cinematography clean cut, its message important. Kenneth Lonergan’s third feature film is a study of the spectrum of human emotions in the face of grief.

Casey Affleck stars as Lee Chandler, a handyman working in Boston, forced to return to his hometown, Manchester-by-the-Sea, Massachusetts, following his brother’s death. Upon returning, Lee finds that he has been made the legal guardian of his teenage nephew, Patrick. The eponymous town toys with Lee’s psyche throughout the film, confronting him with his past as he tries to adjust to his new present. The film cleverly knits together scenes of Lee’s charismatic past and his present, hardened self. In exploring this tension, the film presents a mesmerising picture of the characters and their pain.

Despite its heavy subject matter, Manchester by the Sea is not a film that actively tries to play with the audience’s emotions. Rather than imposing a sad tone sad for the sake of eliciting a reaction, the melancholy is undercut with moments of humour. This, in turn, adds to the realism of the piece, as its consistent sadness is tempered by Lee and Patrick’s attempts to make light of their situation in a way that seems incredibly human. The film does not appear to ‘dramatise’ its events, but instead presents the audience with a down-to-earth portrayal of a situation. The film’s emphasis on a consistent use of everyday sounds encapsulates this: it is riddled with the sounds of closing doors, bowls placed on tables, footsteps. Lonergan proves himself a true master of realism. Both Manchester by the Sea and his previous film, Margaret, produce characters that come to life on screen, never reduced to two-dimensional tropes. This is especially so for the teenagers in Lonergan’s films, all of whom avoid Hollywood’s flat clichés.

The performances in Manchester by the Sea are phenomenal. Affleck is a quiet but powerful force, carefully treading the line between unnerving calm and being on the cusp of a breakdown. He tackles the role with a heart-wrenching empathy that resonates. Affleck is matched in his intensity by Hedges in his role as Patrick. Hedges gives an energy to the more subtle but effective elements of Affleck’s performance whilst off-setting the film’s melancholy with his own wry humour. Despite Williams’s short time on screen, she truly makes the film. Her chemistry with Affleck is undeniable; her portrayal of Randi’s fragility is perhaps most raw of all.

As Manchester by the Sea chronicles Lee and Patrick’s dealing with funereal arrangement after funereal arrangement, there is no climactic moment of redemption typical of ‘sad films’. This deliberate choice is central to the film’s message; Lonergan creates a film for those who understand that trauma is not easy to move on from, and assures them that that’s okay. With Manchester by the Sea, Lonergan pushes to present the finest quality of film, with a distinct realism that distinguishes the film from its counterparts, making it both refreshing and relatable.

‘Manchester by the Sea’ premiered at Sundance Film Festival on 23rd January, 2016. The film is scheduled for general release in the UK on 13th January, 2017.