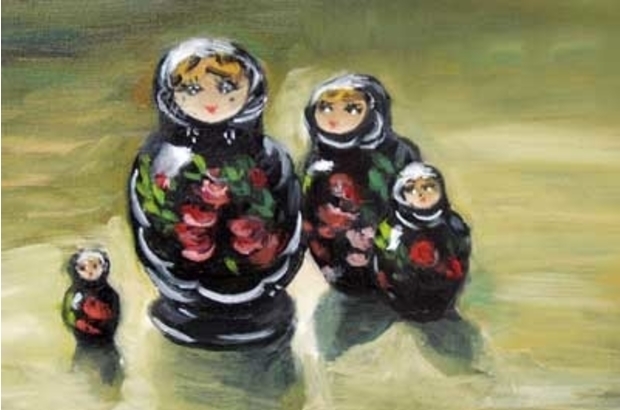 What is ‘perfection’? Award-winning storyteller Danyah Miller explores this question in her one-woman play Perfectly Imperfect Women — one of the many theatre productions shown in London in celebration of International Women’s Day. Miller not only delves into what it means to be perfect, she also questions whether women should strive for perfection, even when it impinges upon their own happiness. Everyone has hopes, dreams and ambitions. Everyone has their own idea of perfection. But is perfection desirable when it conforms to someone else’s conception of it, rather than one’s own? The word ‘perfect’, Miller informs us, is etymologically derived from the Latin ‘perfectum’, which means ‘finished’. Thus ‘perfection’ implies completion. It restricts any comprehension of what an individual may achieve beyond the narrow confines of the ideal.

Upon arrival, the audience filters into an intimate performance space, where we are welcomed with  warmth and charisma. Miller is one of those rare people who can make you smile just by asking about your day. The audience is predominantly female – which is probably to be expected, given the show’s title and content – but there are a few men dotted around the seats, and they are just as charmed by our affable host as anyone else.

The show feels more like a conversation than a performance – at least at first. These opening moments are heavily reliant on audience participation, but the atmosphere is so comfortable, no one in the room seems particularly self-conscious. Miller poses a question: what constitutes a perfect society/family/self-etc? Audience members volunteer answers willingly. Jotting down the responses on post-it notes, Miller sticks them to a blue chair at the centre of the stage, which has an elongated, ladderlike back and miniature tables that slot under the seat. Then the show begins in earnest.

Miller starts with the story of a Queen who, obsessed with perfection, banishes her old, ‘imperfect’ mother and initiates the forced beautification of her land. After marrying a prince whom she hardly loves, the Queen gives birth to a son and daughter, neither of whom conform to her idea of ‘perfection’. The Queen’s disappointment in her daughter only intensifies after the princess contracts the curse of the dragon — a curse that causes scales to grow all over her arms. Disgusted by her daughter’s appearance, the Queen imprisons her in a tower until the curse is lifted. The princess grows up alone and virtually motherless.

As it transpires, this story is Miller’s own. Like the princess of the story, she suffered from a disease that caused spots to appear all over her skin. Her mother, dissatisfied with her daughter, sent her to boarding school and never visited her. Miller depicts these events through a collection of Russian dolls, the blue high-backed chair, and her own physical movements. The dolls work better than full-scale puppets: these would have detracted from the sincerity of Miller’s narration. She also deftly uses all available space, the stage at no point feels empty. Indeed, the show benefits from small performance area and the proximity to the audience. Miller smoothly guides us through the events of her life and those of her mother, grandmother and great grandmother. For as one may guess, the behaviour of the individuals of this maternal chain are attributable to her mother’s mother, and her mother’s mother before her.

The biographical components are the strongest and most compelling features of this show. Miller imbues such stories with pathos, revealing how each woman came to conceive their ideas of perfection. Each of them endured a turbulent and lonely home life: Miller’s grandmother grew up with nine brothers and sisters, while Miller’s mother, constantly ignored by her own mother, had to find escape in make-up, beauty and cleanliness. Miller is not bitter or judgemental about these women; rather, she tries to make us understand them, as she now understands. She succeeds in winning our sympathy for her mother and grandmother, who themselves suffered thwarted ideals, thwarted ambitions, and never received the affection they craved.

The most affecting part of the show concerns Miller’s experiences with her daughter Sophie: how she tried to ensure that her daughter was never deprived of love, in the way that Miller, and those before her, were deprived of love. Thus, determined to be the perfect mother Miller showered her daughter in affection, sent her to the perfect school, and provided her with unlimited support. She admits that there was nothing perfect about this form of parenting. There were always accidents, upsets, arguments. But a mother can never have complete control. A mother cannot be perfect. Audience members laugh knowingly and others look touched.

Mothers are utterly imperfect, because like anyone else, they are human, influenced by their own experiences and desires. There is so much pressure on mothers to be perfect, as well as women and girls in general. But what does ‘perfect’ even mean? We are constantly inundated by websites, books, shows, magazines and endless prescriptions about how to behave, look, think and feel by people who have their own fixed ideas about perfection. Perfectly Imperfect Women shows us that we should want the freedom to choose for ourselves what constitutes our own ideals: we should not let anyone else decide for us.