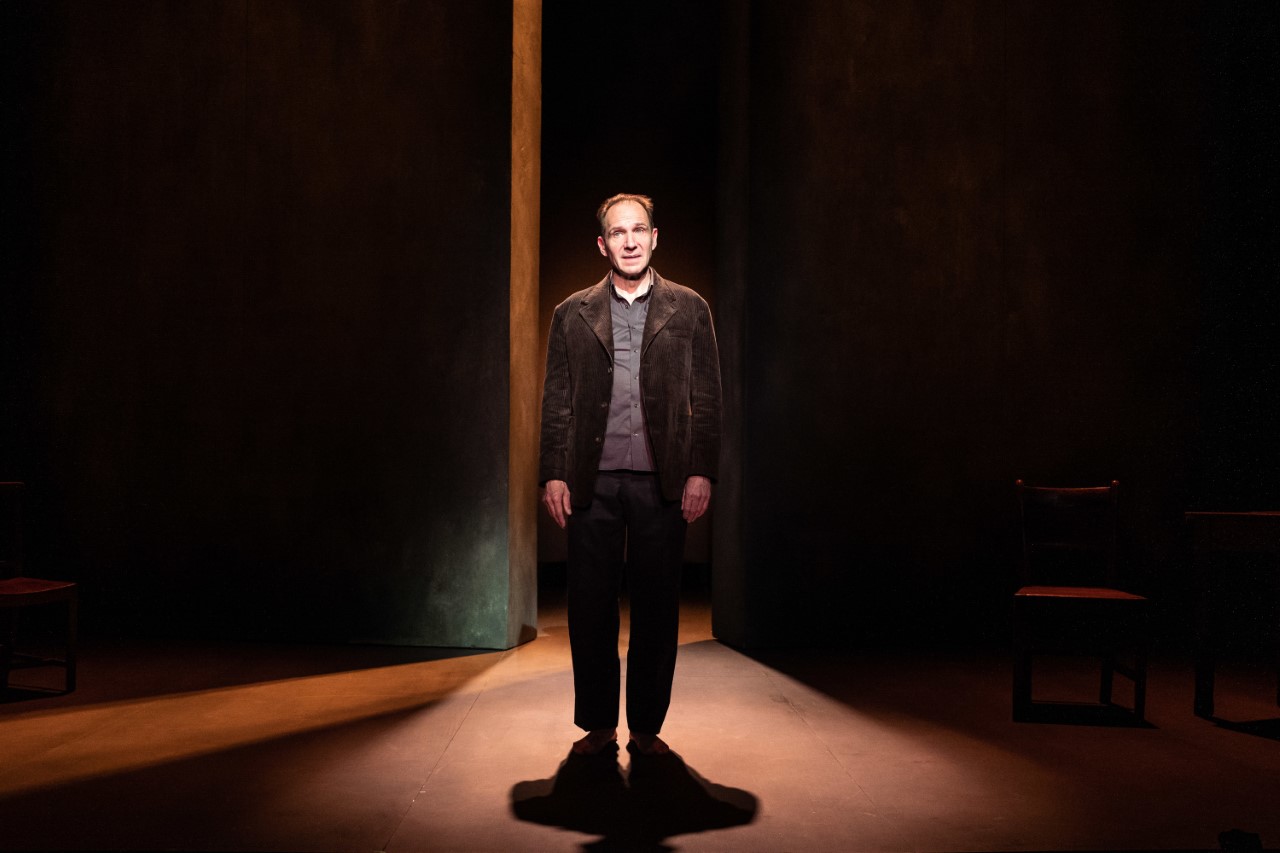 In this solo-show, Ralph Fiennes takes a staple of modernist literature and sets it to be spoken aloud, a difficult task set upon himself, and one which he succeeds in almost seamlessly. The internal thoughts of T. S. Eliot’s Four Quartets (1941) are set against the backdrop of the stage at the Harold Pinter Theatre, expressed aloud for the world to hear, proving the malleability of Eliot’s work. Fiennes intonates the poem – four interlinked meditations on the passage of time. The recital is a triumph, which accounts for the integration of the conceptual into human understanding: time, philosophy and modernism.

Fittingly written in 1941, during the wartime’s interruption to theatre performance, Fiennes engineers a tour de force return to the stage during the pandemic. As both actor and director, he takes charge of this production and makes it his own. Fiennes uses voice modification to hark back to an era of wartime announcements and the transmission of information. Eliot’s reflections on our place in time as citizens of a country in national crisis are poignant and compelling. The emphasis on the individual’s response to shifting currents of being is at the heart of Fiennes’ production, as dawned on me when confronted with the bare staging: two large rotating slabs with a mottled concrete complexion, framing a dark and open stage floor, and the actor, alone, in between.

While having the potential to encourage unique interpretation amongst audience members, unfortunately, without guidance, the weight of the subject matter was at times too heavy. When faced with Eliot’s perception of the fleeting moments of darkness and light, which give sense to the chaotic movement of time, the discomfort of understanding life as a cycle of ephemeral moments was easier to laugh off nervously than engage with. T. S. Eliot was a deeply serious man, who likely didn’t intend for humour to run through the poems. That said, with a telling smile, Fiennes wryly appreciated the postmodernist comedy of the line ‘Not here the darkness, in this twittering world’. Perhaps, such a reaction to the entropic gloom of the modern industrial world is most fitting of the society that inhabits it.

Though criticised by The Guardian, who suggested that the pauses in Fiennes’ jaunty rhythms lulled the audience to sleep, Fiennes must be afforded certain artistic freedoms in his transformation of poetry into theatre. Each word can only be heard once, and as a result each word must be felt, an obligation duly carried out by Fiennes. The cadences he employs allow space, and crucially time, between words for the audience to mull their meaning over in a moment of ‘Time present’. He also balances these lulls with patterns of flowing speech. A rousing tempo increases to frenzy, for example, when Fiennes delivers the ritualistic incantations of Dry Salvages. His urgent address seems didactic, important. Fiennes remains conscient – time present and time future march towards an end.

An integral part of the original poems is their focus on religion, an aspect left wanting in this production. The power and the pulse of a deified presence (unspecific as it is left in the poetry, but surpassed by the ever-present feeling of its presence) doesn’t course throughout, but is alluded to in moments of prayer and reflection. Here, the full achievement of the ‘quest for spiritual enlightenment’ perhaps falls short. But what remains of Fiennes’ performance is a significant achievement, opening up a conversation between man and time, and a reminder of reality. Though a sombre and thought-provoking evening, it is one that I highly recommended.