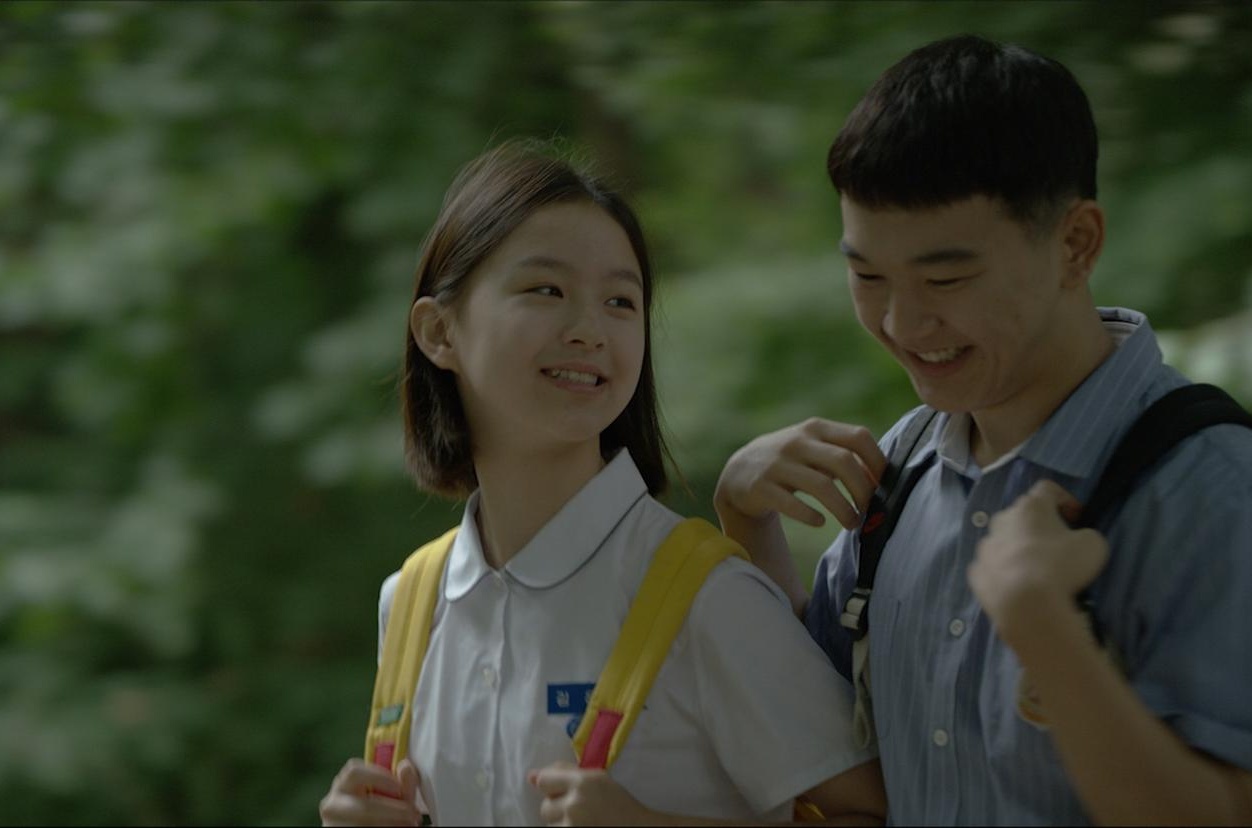 Set in 1990s Seoul, House of Hummingbird (2018), directed by Kim Bora, follows fourteen-year-old Eun-hee, caught in the summer between eighth and ninth grade. In this awkward period of adolescence, we get a slice-of-life look at how she begins to come to terms with herself and searches for a sense of belonging.

Eun-hee’s story is presented in naturalistic, undramatic terms. One of the film’s many themes, for instance, is domestic abuse, which most of the women in the film are or have been victims of. In scenes where such abuse occurs, it is presented in an upfront, yet non-gratuitous manner. The violence occurs fluidly within the household dynamic, creating the tragic impression that this abusive reality is naturally and tightly woven into the fabric of their lives. Even outside of such intense scenes, the film maintains a flow of naturalism throughout. I was thoroughly convinced that these characters and events were real, and that they continued to exist even after the credits rolled.

Eun-hee’s family holds a prominent role in the film, providing us with an intimate picture of the complex interpersonal relationships within the home. As in many households, her parents – particularly her father – wield prime authority. At the numerous meals we have with them, the topic of conversation almost always revolves around education and their children’s excellence, or lack thereof, within that arena. Never do they seem to ask their children about their general well-being or personal interests.

This distanced relationship to her parents, mixed with a fear of her abusive father and brother, makes for an understandably unsafe home. Maybe it is even wrong to dub such a place ‘home’. When Eun-hee is hospitalised following a surgery, she comments that she feels more at home in the hospital than she does at home with her family. At this pivotal age, her ability to articulate what she does and does not like about her life allows her to begin to understand that she can, and should, take more ownership of it.

Though Eun-hee does not feel at home in the flat where she and her family live, she finds a sense of comfort and belonging in her Chinese cram school, under the instruction of Young-ji. Young-ji remains an ambiguous character for most of the film. We don’t learn much objective information about her, but we get a strong impression that she sees a lot of herself in Eun-hee, such as when she notes that they have a common interest in drawing comics. Most importantly, Young-ji is the only person who seems to fully accept Eun-hee and allow her to be herself. On multiple occasions, in times of distress, Eun-hee goes to Young-ji for comfort and advice. Her teacher doesn’t fail to fulfil the role of advisor and friend, showing Eun-hee ways to grapple with feelings of anxiety, encouraging her to defend herself against her family, and to value herself.

Perhaps the most touching aspect of House of Hummingbird is Eun-hee herself. In most social situations, she conducts herself in a very subdued manner. Yet, although most of the time her countenance is quite serious or indifferent, sometimes we get brief moments which break this facade. Snippets of her playfully jumping on a trampoline while chatting with her friend reminds us that she is, indeed, still a kid. All the same, her indifferent disposition still dominates, and this perfectly reflects the fragility of that age. It is an age where we grow more aware – maybe too aware – of ourselves and how others perceive us.

Eun-hee’s indifference operates as a defence mechanism against any obstacle she faces. This is evident in her lack of reaction – visually, at least – to being beaten by her brother, and the development of a health problem which ultimately results in her needing surgery. While one could say her defence mechanism ‘works’, it is clear that it doesn’t make her happy, and only renders her out of control in her own life (as Young-ji points out). Eun-hee only seems truly herself when she diverts from her restrained self, like when she’s jumping on the trampoline, dancing in a disco club, scarfing down her mom’s food, or stealing a kiss from the boy she likes.

Yet we also rejoice when she dares to share her more negative feelings. At one point, she has a breakdown, during which she screams at her family and insults her brother, to which he responds with a blow. Despite the violent climax of the scene, one still feels an overriding sense of pride for Eun-hee as she, for the first time, fully stands up for herself and boldly takes ownership of herself and her feelings.

Eun-hee proves a splendid vessel through which to experience all shades of adolescence, the good, the bad and the in-between. Though the film touches on many different themes – more than I can cover here – it never feels like too much, and it doesn’t fall into the trap of reductiveness. Everything fits together seamlessly, and after experiencing Eun-hee’s joy, grief, betrayal, and fear, we can only hope, at the close, that she’ll be able to truly express herself, as the person she always has been and will be.

Thanks to the BFI for providing tickets. House of Hummingbird was shown at BFI Southbank as part of BFI’s recent film season, ‘Seen & Heard: Daring Female Coming of Age Films’.