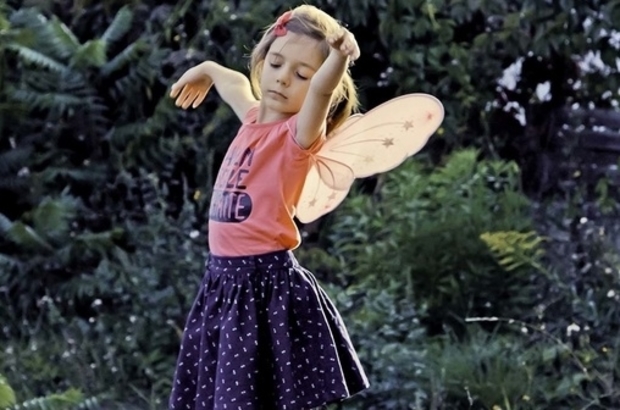 Staying true to himself, Sébastien Lifshitz once again brings light to the lived experiences of the LGBTQ+ community in his documentary Little Girl (Petite Fille), which tells the story of 7-year-old girl Sasha who was born as a boy. Lifshitz follows Sasha and her family’s journey over the course of one year. In this pivotal year, Sasha and her parents fight for her right to be recognised by her school as female, which is something that would finally allow Sasha to be her true authentic self. It is little wonder that this heart-warming documentary has received positive mediatic appraisal.

‘When I grow up, I’ll be a girl’, 4-year-old Sasha tells her mother, Karine. Karine, not having yet understood that Sasha does not identify with the gender that was assigned to her at birth, tells Sasha that this is not possible, and, in doing so, causes great pain and disillusion to her daughter. Through this incident, Karine quickly changes her attitude since she realises that Sasha’s desire to be a girl runs deep and is not simply a whim. From that moment on, we see that Karine’s love and support are unconditional. The same can be said of her father and her siblings, who, despite their young age, display incredible levels of maturity, understanding and support. With such infallible support coming from a family that simply wants the best for her,  Sasha is living a happy family life. Yet, despite this, it still seems as if Sasha is carrying a heavy weight upon her shoulders, undoubtedly caused by the fact that she is not able to completely be herself when outside her home. This is illustrated through the particularly frustrating scenes filmed in Sasha’s ballet classes where she is made to dress in different colours and in a different style than all the other girls in her class, highlighting how she is alienated by those outside her family.

The real turning point in Sasha’s story happens when mother and daughter leave their rural town to go and see a psychiatrist in Paris for the first time. Finally, Sasha is reassured that she is far from being alone in her situation. She and her family receive important guidance about the possible hormone treatments that Sasha can undergo. Most importantly, Karine is given a medical certificate proving that Sasha is suffering from gender dysphoria (the distress felt by a transgender person along with a feeling of mismatch between the assigned gender and the gender identified with). This certificate forces Sasha’s school (which didn’t want to accommodate her needs without medical proof) to recognise Sasha as a girl. Even though the school is still reluctant in treating Sasha as a girl and is purposefully delaying their official decision, we see Sasha being much more joyful as the academic year comes to an end. The beautiful summer scenes of Sasha running towards the sea and splashing around in the water with her pink  ballet costume alongside her siblings and mother embody the sense of freedom and of happiness that stems both from not having to go to school and the school’s likely decision to comply with her gender identity when school resumes in September.

This deeply moving documentary has proven to be very instructive on gender dysphoria. The viewer might at first question the decision of Sasha’s mum and the professionals to support and encourage Sasha to identify as a girl given her very young age. But we very quickly understand that this decision has been thoroughly discussed and thought through by Sasha and her family. Lifshitz closely follows the exhausting and never-ending battle Sasha’s mother leads to give her daughter the childhood that she deserves. He does so by painting a very intimate portrait of Sasha and her family, depicting their pains and worries through many close-ups. Yet, although this documentary deals with a very difficult and emotionally charged subject, it sends a very positive message of hope. At the end of the documentary, Sasha finally feels her identity being accepted outside her household and is able to open up to her classmates. Furthermore, she no longer feels the need to wear only pink clothes to affirm her identity. In fact, the documentary’s final scenes involve Sasha laying down on her pink bed wearing all blue.

All in all, Little Girl is a very accessible and touching testimony on an issue still very often misunderstood by the general public. The simplicity of the documentary means that no prior knowledge of transgender history is required to understand what Sasha is going through and that letting people live according to the gender they identify with should be the obvious choice. This idea is conveyed through highlighting just how happy Sasha is when she can act as a girl and how sunken she is when she is made to feel abnormal or a boy. Similarly, demonstrating how unquestioning and supportive young children are of Sasha’s choices compared to some petty adults certainly shows what the right path to take is.

At the end of the movie, Karine tells us: ‘Sasha is here to help change mentalities, and I am here to help her.’ If this documentary is anything to go by, the struggle of this mother and her daughter to change a society still full of prejudice is certainly making headway.