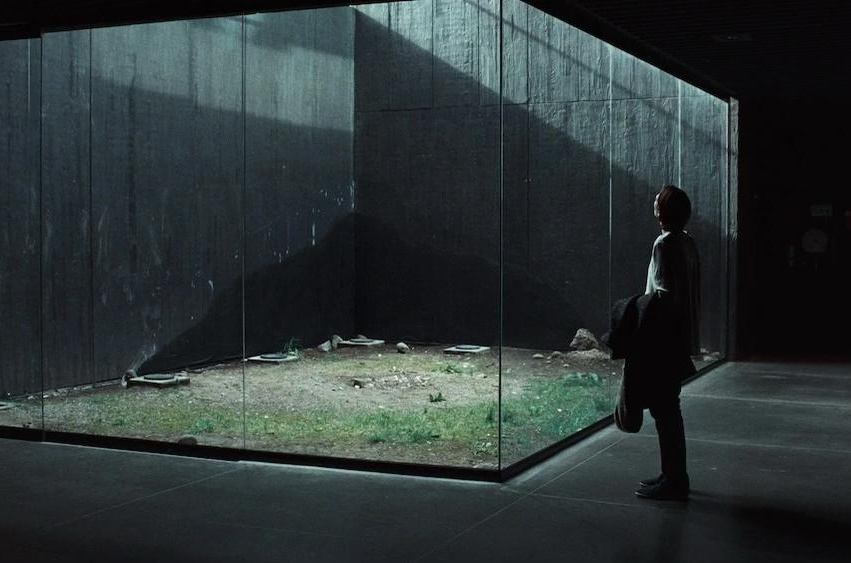 In its opening shot, Memoria (2021) places us in the dark with Jessica, shrouded in the night’s silence. A loud boom sounds, awakening her from sleep. We intimately sit with her in her disorientation, confusion, and distress as she shuffles around the dark towards her kitchen. Seamlessly, we’re drawn into her world.

Memoria is Thai director Apichatpong Weerasethakul’s first film to be made outside of Thailand, set instead in Colombia and performed in English and Spanish. The film follows Jessica (Tilda Swinton) as she tries to pinpoint the source of this recurring boom, which only she hears. During her travels to visit her ailing sister, she meets various people who more or less help her in finding an explanation for the noise.

What makes this film distinctive is its use of sound. Weerasethakul skilfully amplifies the atmospheric sounds of the scenes, creating a highly immersive, enchanting experience. This, mixed with some very long shots, creates a space for one to get lost in the film.

My only slight critique is that Jessica conducts herself in a fairly apathetic way; at times, I found it difficult to fully connect with or care about her and her pursuits. At the same time, I trust that her character was meticulously constructed, and a more expressive character probably wouldn’t conjure the same alluring effect which characterises the film.

Although we don’t have much concrete information about Jessica and her feelings, one does still feel a sense of closeness to her, as the audio catapults us into a crucial part of her sensory world.

Weerasethakul does an excellent job of subtly marrying real and surreal elements to create a cohesive reality. The meandering plot and lingering shots fit the story perfectly and reflect Jessica’s mental state well, conveying that her journey to understand herself is everything but quick and easy. Everything develops gradually, providing the audience with time to navigate the story on their own. The film ends ambiguously, giving the viewer plenty of space to discover their own interpretation. While watching, there’s a strong sense that every interaction is critical to the film as a whole, but this in no way makes for a clear understanding of the movie. The viewer is left to put all of the pieces together, unlocking a wide range of compelling possibilities.

Out of all the ways to perceive Memoria, I came away viewing it as a film about learning to accept the self, instead of fighting it. Similarly, it could be commenting upon our broader connection to nature and the world around us, and whether we wish to open ourselves up to those greater connections or not. Jessica grapples with a part of herself that baffles her, which she tries to come to terms with in the course of the film. As she moves from place to place, from encounter to encounter, it seems as though her relationship with this inexplicable part of her is continuously being mended, slowly moving from an attitude of fear to one of acceptance.

Throughout the film, sounds of nature, such as rain, are enhanced, making the viewer aware of the presence and relevance of nature all around us. Towards the end, when Jessica is in a state of greater acceptance of herself, Weerasethakul suggests that this allows her to establish broader connections with nature and the people around her. Jessica’s mental state and the sounds of nature feel most unified in the conclusion, signifying her heightened attunement to herself and the world.

I found the ending quite warm and beautiful, though there are still aspects of the film which remain ambiguous to me. Yet part of the beauty of film in general, I think, is how it asks us to embrace that we may not know what everything means or could mean, giving us all the more reason to watch it again. Memoria is simply new, creative, and inventive, and provides a special opportunity to open up to yourself, the world, and everything that lies between and beyond.

Memoria is currently showing in cinemas.