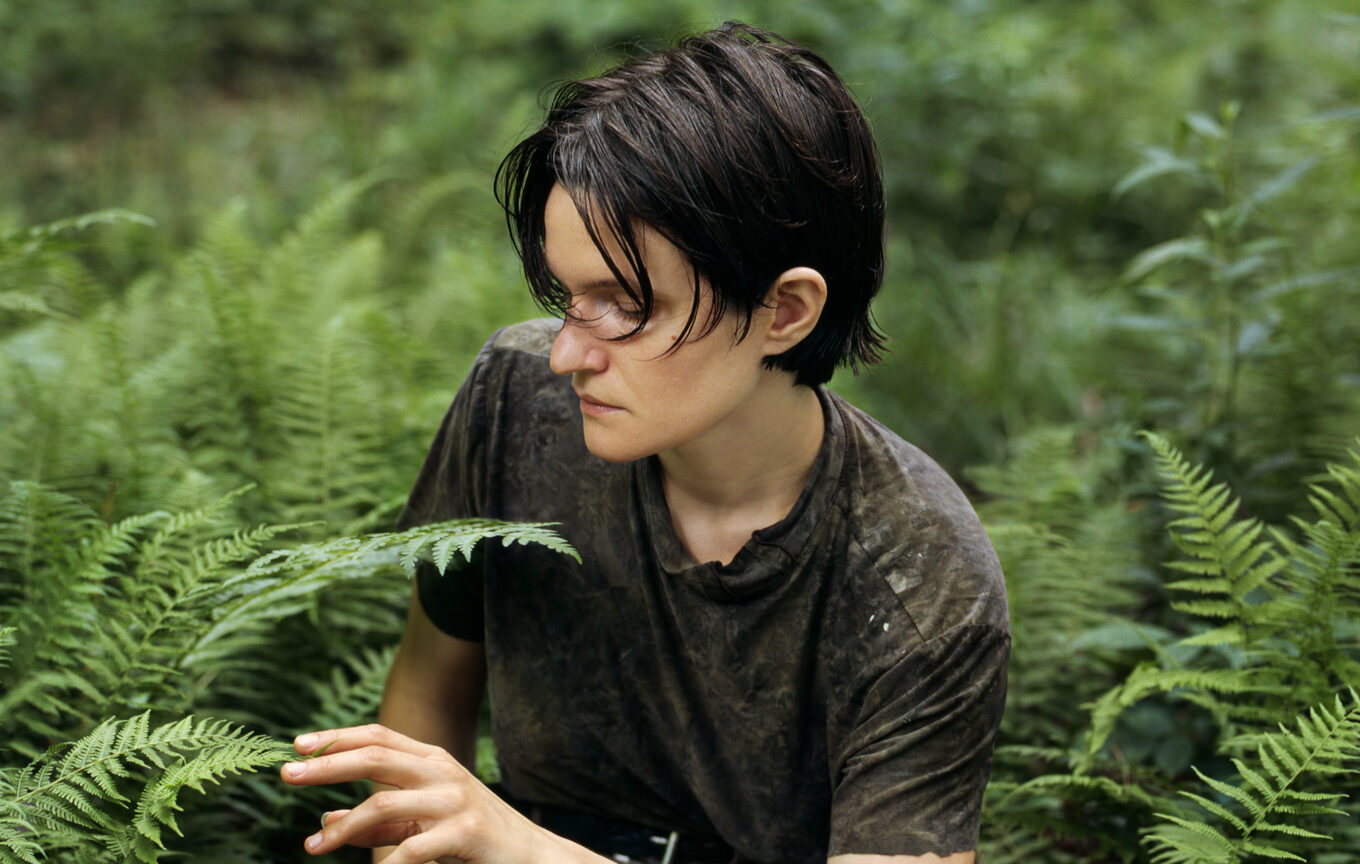 2019 was a banner year for Adrianne Lenker’s band, Big Thief. They released two of the year’s best albums, dropping the brilliantly weird U.F.O.F. in February and following up with the formidable and sinewy Two Hands just seven months later. Both albums received rave reviews, with the former going on to snag the band their first Grammy nomination, and they were in the midst of a celebratory European tour when, like everything else, Covid-19 threw a spanner in the works and they were forced home.

songs and instrumentals, Lenker’s most recent solo projects, are the wondrous result of this interruption. They comprise a brilliant, tender double album that, like many other lockdown projects, feel inextricably connected to the scorched year in which they were made; if the albums recall anything, it is that moment in every post-apocalyptic movie where a character works their way through the bombed-out ruins of their childhood home, pausing briefly to pick up the charred remains of their favourite teddy bear before moving onwards in a state of unnamable sadness.

Recorded in a remote cabin in Massachusetts in the aftermath of a breakup, songs works through the febrile wounds of heartbreak but it also leaves space for the world around it. Much like other ‘retreat to a cabin in the woods and bleed all over your tape recorder’ albums (Bon Iver’s For Emma, Forever Alone and Florist’s Emily Alone come to mind), the location that songs was recorded in is an essential component of the album’s sonic furniture. While listening to zombie girl on a walk, I became convinced that a bee had gotten stuck in my headphones, only to realise that Lenker had left the buzzing intrusion as part of the song’s outro, and the sounds of rain, wind, windchimes, creaking floors, and bird song are braided into Lenker’s mournful ruminations and musings.

And what musings they are! Featuring little more than a guitar and Lenker’s voice, songs’ lyrics are left mostly unadorned and are all the more heart-wrenching for their sparse accompaniment. Many of the songs are littered with unanswerable questions and elliptical, impressionistic imagery, but there are also moments of profound mundanity and corporeality. ingydar intermingles cyclical snapshots of death and life before offering the disquieting assurance that ‘everything eats and is eaten / time is fed’, while anything paints a heartbreaking image of vanished domesticity through a shifting collage of remembered details and aching pleas for a now-lost thing.

These are break up songs, for sure, but they are so free of recriminations and anger that they could almost be love songs – and, in a way, they are: they offer a holistic, painful vision of all-encompassing love. Nowhere is this more beautifully captured than in dragon eyes, a song I find both incredibly comforting and almost impossible to listen to. As Lenker narrates the memory of a visit to a seaside motel, comparing her lovemaking to a coastline ‘shaped by the wind’, she repeats and alters the refrain, ‘I just want a place with you, I just want a place’. The further she goes into the memory, the more unmoored she seems, her lyrics stretched out across the disparity between her full past and her empty present. There is a pain in this disparity but there is a joy as well; the joy of knowing that another person could have such an outsized impact on your life, that you aren’t the person you were before you met them.

songs’ is preoccupied with loss and emptiness, and while much of the album is addressed to the absent ‘you’ of Lenker’s ex-girlfriend, she seeks communion with absence itself on zombie girl, the album’s blistering centre. After narrating an episode of sleep paralysis that is oddly lacking in terror, Lenker shifts focus, stating ‘emptiness / Tell me about your nature / Maybe I’ve been getting you wrong’.

It is one of the most profound musical moments I have heard this year, and it is an existential concern that is mirrored in the album’s structure. As songs progresses, it seems to abandon more and more baggage to the wayside until, on the album’s second disc, instrumentals, we are left with nothing but the sound of Lenker’s acoustic guitar and, then, only windchimes. In this way, songs seems to answer its own questioning of emptiness’ nature, documenting Lenker’s disintegration into her own surroundings and then reproducing the absence her voiding leaves behind.

The effect is not peaceful, exactly. It is more akin to the kind of porous, open-hearted feeling that you sometimes experience when you’re alone in the middle of a forest or on midnight bus rides home. Not the sense that everything will be alright, precisely, but the knowledge that you will find a way to manage.

songs and instrumentals were released on 4AD on 23rd October 2020.