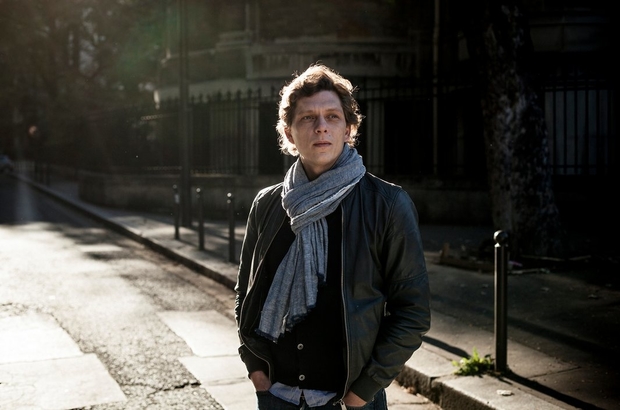 Bea Bowles-Bray looks into the need for compassion in You Will Not Have My Hate by Antoine Leiris.

On Friday 13th November 2015, three heavily armed gunmen walked into the Bataclan concert hall in the 11th arrondissement of Paris. Less than three hours later they were dead, having killed 90 people at the venue and critically injured many more. As we approach the first anniversary of the atrocity, journalist Antoine Leiris shares his personal experience of loss in You Will Not Have My Hate.

Three days after the Bataclan attack, Leiris posted an open letter on Facebook that has been shared by over 200,000 people to date. In conversation with Cathy Rentzenbrink this week at Waterstones Trafalgar Square, Leiris said: ‘People were expecting the message. It revealed a sentiment already inside them but which, perhaps, they hadn’t felt legitimate in asserting and fighting for.’ It was a message to the gunmen, and began; ‘on Friday night you stole the life of an exceptional being, the love of my life, the mother of my son, but you will not have my hate.’ 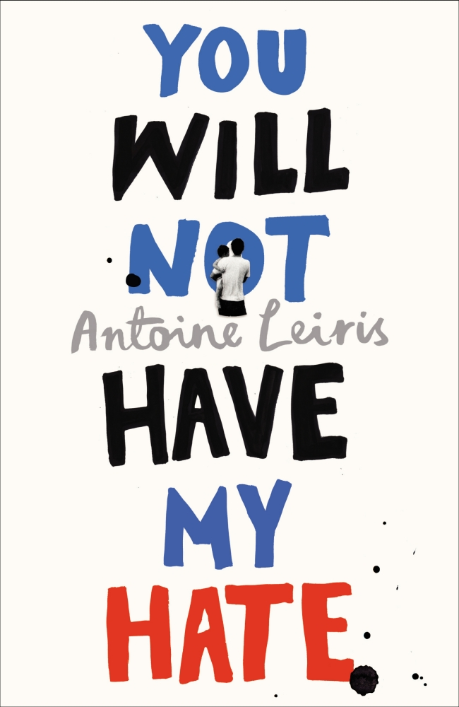 Antoine Leiris’ message of trust and love contrasts starkly with the narratives and rhetoric used by the media to discuss terror attacks. Formerly a cultural commentator for France Info and France Bleu, Leiris makes clear his disdain for the prevailing mode of news reporting as one which incites hatred and suspicion. The author describes how he first heard about the Bataclan attack on the television: ‘The twenty-four-hour news channels have already begun competing to come up with the most lurid, grotesque headline, the one that will keep us watching, spectators to a world that is falling apart. I turn off the TV. The window on the world is closed. Reality returns.’ This idea of sensational narratives as an escape from reality is an interesting one. To Leiris, hatred is not a response to the world in which such atrocities occur, but an opting out from it. Reflecting on the current international discourse which demonises any aggressor as a ‘crazed extremist’, Leiris notes: ‘You think about him in order not to think about yourself. You rejoice at his death in order not to have to smile at those who remain.’

You Will Not Have My Hate takes a narrative with which we are familiar and casts it in a compassionate mould. Rather than public anger the reader sees private loss strewn with tender moments of humanity and hope. The memoir closes poignantly on the father and son’s first visit to Hélène’s grave. Leiris’ child, Melvil, sees on the gravestone a photograph of his mother; he climbs up and grabs it. In You Will Not Have My Hate Leiris, like Melvil, reclaims the memory of his wife from the sensational public sphere which her death forced her to inhabit.

‘It’s the difference between interest and curiosity,’ Leiris tells Rentzenbrink, ‘when I wrote the book I chose the parts I want to share.’  You Will Not Have My Hate documents the events of Friday 13th and the eleven days which followed. Written at the time of the attack, Leiris’ account is unmediated and at times unsubtle, yet the impressions evoked are courageously honest and powerful. ‘I needed to be as sincere as possible,’ Leiris asserts, ‘if you’re insincere then you are talking to no one.’ You Will Not Have My Hate is a book which talks to everyone,  but I feel it goes beyond that. When Antoine Leiris spoke at Waterstones Trafalgar Square this week the diverse audience saw in his story something of their own. They recognised in his compassion and endurance a reflection of their own various struggles, and thanked him for the ‘lightness of being’ with which he rendered them.

You Will Not Have My Hate is an International Bestseller and is published by Random House (9 May 2016). For more information about literary events at Waterstones Trafalgar Square: https://www.waterstones.com/events/search/shop/trafalgar-square.