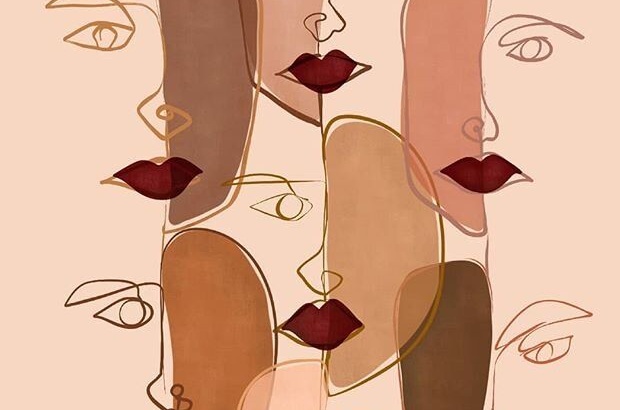 AFIYA AMESU shares her thoughts on the recent resurgence of the Black Lives Matter movement, exploring the damaging nature of racial ‘colour blindness’.

The Black Lives Matter movement (BLM) and the momentum it has gathered over the last few months has exposed the deep-rooted structural and systemic racism that continues to pervade UK society. The movement has urged those who believe that ‘Black lives matter’ to use their voices to articulate the struggles of the Black community and hold government, organisations and institutions to account. In its efforts to better the Black experience, BLM has heightened the awareness of individuals of the ongoing discrimination and differential treatment the Black community has endured for centuries. It has called upon those with varying forms of influence to make a change. A topic that is often raised amidst these discussions is the notion of ‘colour-blindness’: some people assert that there is only one race – ‘the human race’ – to explicate themselves from racists and racist thinking. Similarly, others claim that they simply ‘do not see colour’ and therefore cannot be racist. However, it is important to explain and unpack the reasons why this line of reasoning is both misguided and unhelpful.

It is often used as an excuse to circumvent conversations about race and prevent progressive discussions from taking place.

It rests on the assumption that we, as individuals, are void of our own prejudices that have been birthed through our varied experiences.

It looks at the world from a narrow, rather privileged perspective and fails to see the overt and covert manifestations of racism, as well as ignoring the cultural differences that are tied to race and ethnicity.

There is an increasing awareness that many people operate in a realm of complacency in relation to race. Often associated only with overt racial tensions in the US, many issues pertaining the Black community are neither acknowledged nor adequately addressed in the UK. In Britain, the Black British experience and the appearance of structural racism are rarely discussed. Colour-blindness fails to see the ugliness of prejudice and racism by resting on utopian beliefs of total equality existing throughout society. And yet statistics, reports and surveys show that in every strata of society, the Black community is subject to differential treatment. It is time for us to see colour and appreciate the nuances and challenges that come with it.

In pivotal moments such as these, we must reflect on how our worldview is shaped and how our behaviours are formed. This reflection can only occur through radical conversations. Candid conversations. Open conversations. Conversations that speak directly to the issue of racial injustice and do not shy away from the discomfort of truth.

Recently, I have been involved in such conversations. These conversations have been with close friends, family, university lecturers, each causing me to reflect deeply on the immense power of sharing my story. Each of these audiences challenged me to draw upon my experiences and share my story to provide greater insight into the Black experience. Conversations like these, where Black voices are elevated and heard and the ears of non-Blacks listen with humility and respect, can be bridging and edifying. It is time for change, and change will come through the ongoing commitment to speak and to listen.

By moving away from the colour-blind ideology an understanding of race as a dimension that causes difference and inequality can formed. Through BLM I have been reminded of the necessity to speak out against injustice and this process begins with seeing our world in its true colours.