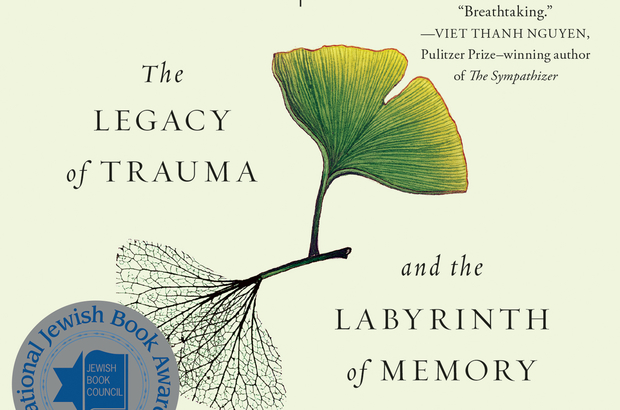 This year will mark 74 years since the end of the Holocaust, nearly a lifetime. Its legacy is prominent: in textbooks, in memorials, and, for some, in memories. But where else does the Holocaust linger? American writer Elizabeth Rosner addressed just this issue and more while discussing her 2017 book Survivor Café with psychotherapist Jane Haynes at Jewish book Week. Rosner engaged with not just the vivid ways in which the Holocaust survives in the consciousnesses of those directly or indirectly affected, but how trauma is universally inherited across generations.

Rosner is consistently calm and articulate while discussing deeply personal histories that are not easy to carry. Born and raised in New York, she is the child of two Holocaust survivors. But ‘survivor’ is a term she uses in want of a better word. Much of Rosner’s discussion highlights what she calls the ‘inadequacy of language’, inadequacy to convey the complexities and nuances of trauma. What’s to distinguish a ‘survivor’ of a nightmarish commute into the city and a ‘survivor’ of an attempted genocide? Rosner’s father would never use the term to describe himself. He would say ‘I was in a concentration camp.’

Rosner looks to Japan to illustrate where language has been adapted to accommodate different experiences. In the years following 1945, the Japanese word hibakusha, which translates as ‘person affected by bomb’, was coined to specifically refer to those who survived the bombings of Hiroshima and Nagasaki.

Such matters of language are inextricable from Rosner’s other key point of discussion: trees. Another Japanese neologism that emerged after the bombs was hibakujumoku, ‘a tree that survived the atomic blasts’. Rosner relates her personal experience of realising that Buchenwald, the concentration camp her father was interned in, translates as ‘beech forest’. It is in this way that language and the material world become ‘forever tainted’, she says, the tree never quite appearing in the same way for her again.

Another example Rosner draws on is the treatment of the trees surrounding concentration camps after their dismantlement. The decision was made to cut down the trees planted by the Nazis, but to preserve those which existed before the concentration camps. She notes as well that in the African American collective consciousness, trees bear an unshakable and disquieting association with lynchings. The Japanese hibakujumoku or the trees in the German or Polish forests, are preserved, she suggests, as ‘witnesses’ to human suffering.

Beyond the inheritance of trauma, Rosner addresses the Jewish legacy her father intended for her to continue, and how she shaped it. Her father wanted her to ‘be a good Jew’: to him, this meant practising Judaism, but to her, ‘my way of being a good Jew is being a good human.’ For Rosner this involves developing as great a sense of empathy as possible. There is a certain Jewish fear, she suggests, that the use of the Holocaust in conversations not solely addressing the Holocaust will diminish the phenomenon, but this is a concern she would profoundly debunk. She draws on the traumas suffered by other communities and, while still preserving the uniqueness of the Holocaust, she shows that the intergenerational trauma Jews feel is not exclusive.

Perhaps Rosner’s resounding conclusion is that ‘we see the world through the lens of what we carry.’ Communities that carry the burden of historic and personal trauma see the world differently. This is how, as Survivor Café strives to show, trauma becomes imprinted on the worlds of those who inherit it, in the language we use and the environment surrounding us.

Ending her sombre exploration, Rosner returns once again to the tree. To her, the tree is a witness to the extent of humans’ capacity for violence, a voyeur of the ‘inhumanity of humanity’, as she puts it, which we must not forget. But trees are also symbols, or perhaps statements, of endurance. The acts of remembering and of enduring are bound together, not just in the tree itself but in those whose trauma the tree bore witness to. If there is a question as to how to keep remembering the Holocaust, and an anxiety as to it being forgotten, perhaps the answer is to have it inform our response to the other instances of humanity’s inhumanity. The inherited burden does not need to be a weight, but a means to endure, and a tool for finding empathy.