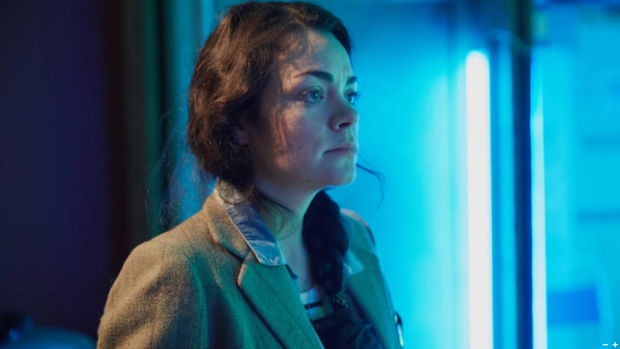 BEA BOWLES-BRAY reviews ‘Made Visible’ at The Yard Theatre

If you go down to the yard today, you’re sure of a big surprise. Amid the warehouses and pop-up pizzerias of Queen’s Yard in Hackney Wick hides Time Out readers’ #2 best London theatre. Built using recycled and reclaimed material from the nearby Olympic Park, the amphitheatre is a tissue of the community and its latest production Made Visible stands testament to this.

Set half a mile away from the venue in Victoria Park, Made Visible discusses ‘white people, gentrification and racism in the East End’. Discussion is key in this collaborative piece, which has been co-devised by writer Deborah Pearson and the performers. Inspired by Pearson’s real-life encounter with two strangers in the park, Made Visible confronts the problems of white authorship and the anxiety white people often feel when talking about race. Pearson presents herself as ‘the white person who wrote the lines we’re all saying’ and the cast switch from performance to rehearsal mode in order to challenge the writing and the writer. The characters are Canadian born playwright Deborah and Gujarati born East Enders Ayesha and Ila. These roles are cleverly passed between the actors, which creates the empathetic sense of placing oneself in another’s shoes but also highlights how all three ‘characters’ are manifestations of the writer.

Designer Hyemi Shin has imaginatively recreated the park setting using perspex screens onto which are drawn trees that multiply in the shadows cast behind them. Empty benches with ‘TAKEN’ and a white circle with ‘POND’ written on them demonstrate how reality is designated by the labels which things and people are given. Pearson’s play is courageously self-aware as it examines personal experiences in order to confront individual preconceptions of race; exposing prejudices and insecurities which many people feel. When asked how it feels to be white Deborah’s character, at this time played by Anjali Mya Chadha, answers ‘guilt, guilt about guilt, shame, gratitude, forgetfulness’. Interspersing the dialogue with throwaway references to racial stereotypes such as ‘the Irish are very fun’, ‘people from Canada are much friendlier’ and ‘English people are awkward’, Pearson decriminalises the kinds of faux pas that we’re all terrified of making.

There is so much to like and to take away from this production. The play’s courage and humour enables it to open up a discourse about race which is all too often enfeebled by anxiety. Each performance ends with the actors and director giving feedback on the evening; when I went the cast shared how throughout rehearsals and performance they too felt ‘scared of being racist’. Examining and accommodating this fear and uncertainty, Chadha, Haley McGee and Mia Soteriou are extremely engaging and I’ve been thinking about their performances ever since. The play is complex, modern and clever and its realisation is witty and approachable. What is made visible is not just attitudes to race but attitudes to authorship and the creation and re-appropriation of art. I hesitate to use the word ‘meta-narrative’ for fear of turning people off or freaking people out, but a meta-narrative it is, and for this reason I’ll seek no further to unpeel its many layers for you and allow you the pleasure of doing so yourself.

‘Made Visible’ is playing at The Yard Theatre until 9th April. For more information visit http://www.theyardtheatre.co.uk/event/made-visible/