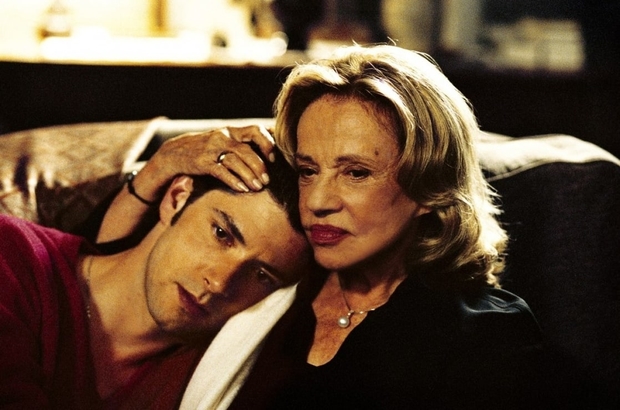 At the height of his career as a fashion photographer in Paris, thirty-year-old Romain (Melvil Poupaud) is diagnosed with an incurable cancer. Due to his young age, his doctor suggests that he still fights the disease. The sick man refuses. There will be no hospital, no chemo sessions, no fiery fight against death – omissions that make François Ozon’s 2005 Time to Leave one of the director’s most radical works. Its protagonist exhibits something rare in the realm of terminal illness films: a sober, secular attitude to death that quietly repudiates any sense of mourning. As the film’s original title – Le temps qui reste (‘the time that remains’) – announces, we witness the final months that Romain is afforded to spend among the living. Time to Leave is a refreshing take on mortality in that it does not presume to tell us how best to proceed when we find ourselves in the same position.

Cancer marks the start of the film. Yet as soon as it is spelled out, the term leaves the script, silently shadowing the young man as he enters the winter of his life. This is not to say that Time to Leave refuses to confront its core theme. Only it does so from a vantage ironically uncommon in the genre – one that focuses on death and its inevitability rather than the fight for survival. Through this prism Ozon avoids many of the sentimental clichés common to terminal illness films. Unlike the dying protagonists of Cyril Collard’s Savage Nights (1992) or Xavier Beauvois’ Don’t Forget You’re Going to Die (1995), Romain does not embark on a quest to achieve repentance or happiness, nor does he set new extreme rules to dictate his life. As such he never resorts to the genre’s customary pathos, but rather yields himself to death by embracing its most unalterable component: solitude.

The young man soon decides that his remaining time should be spent privately. He does not confide in anyone about his illness except for his grandmother, to whom he explains his choice by stating: ‘like me you are dying soon’. Romain tastes one last time to the company of his loved ones over a phone call with his sister and passionate break-up sex with his boyfriend, two sequences with remarkable directorial vision. The latter, torrid and unabashed, ends in a brutal tussle, baffling for Romain’s boyfriend but imbued with covert tenderness.

Romain shows no desire to leave his mark on the world. He only takes pictures of the things that bring him joy as if to heighten their beauty for the last time: a beach, the sky, or his sister, playing with her son. By withholding his snapshots away from our gaze, he encapsulates the intimate character of our condition as mortals. Ozon forces us to behold the transient character of an art that embodies our eternal quest for permanence.

Life is framed as what it really is: a finite length of time. But the film holds more within it than a resigned journey to termination. It is ultimately because death is not depicted as something inherently bad, something to fight at all costs, that hope can emerge. Romain’s stoic attitude is a reminder that we ultimately have little power over its happening, and in that way the film proves more tender with its audience than most of its cinematic counterparts. Stressing our impotence in the face of mortality ultimately takes some of its burden off our shoulders.

The final trial of Romain is to come to terms with himself – his life, his history, his identity. Romain’s last days are spent confronting his childhood memories. The first time a boy kissed him on the cheek. The ball he used to throw with his friends at the beach. The director offers a poetic rendition of the Normandy seaside, busy with families and life everywhere in spite of the chilly wind. The place holds a symbolic importance. There occurs Romain’s internal face-to-face with his first memory of himself: an innocent child brimming with hope and vitality. It is to here that he is naturally drawn as he nears the end, soaking the setting sun for one last bated breath. Perhaps that is the only suggestion Ozon has for the mortals of his audience –  to trace their way back to their profound selves.