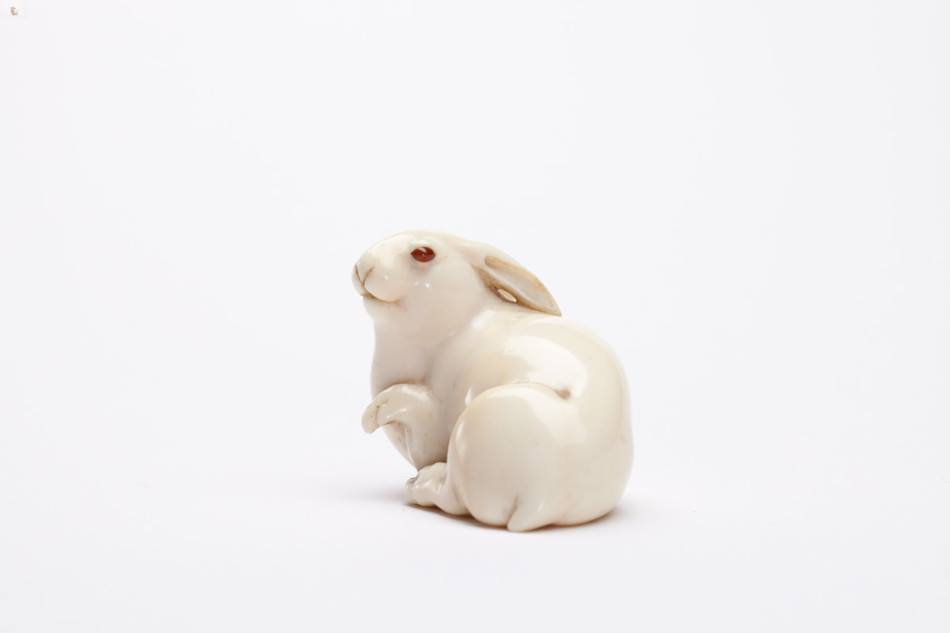 White. Calling it a lack of colour is ungenerous. It is not characterised by limp absence and non-existence. Its crispness fizzes with electricity. It is space, breath, time suspended, lines waiting to be drawn. It both obliterates and welcomes infinite gradations of shade with precision.

It is the colour of one of the first pieces of porcelain made in Europe, and of the “blank”, “empty” page in Laurence Sterne’s ‘Tristram Shandy’ that brims over with innovative energy. It is the painting palette of J. W. Turner, now stained by the action of his brush, and the colour of Ai Weiwei’s eerily solid white-marble Chinese lantern.

Edmund de Waal, ceramicist and writer, has assembled the items listed above with other beautifully chosen artworks and artefacts in a special project at the Royal Academy. His ode to White (calling it an exhibition just doesn’t cut it) forces you to examine what white looks and feels like. There is no consensus: you leave with the realisation that whiteness is complex, intriguing and varied. It can feel solitary, as in Darren Almond’s sparse snowy photographs, exposed by the light of the moon; or politically charged, as in Malevitch’s harsh, angular ‘supremacist teapot’; or comforting as in the dull, worn quality a small figurine in the shape of a hare, which de Waal carried in his pocket for years while researching his book ‘The Hare With The Amber Eyes’.

Edmund de Waal’s curation brings out these complexities. Eschewing the obvious ‘white box’ setting (which would have deadened the energy of the pieces) he chose the RA’s little known, fully-functioning reading room, initially built to house the museum’s collection of white marble sculpture. The musty, hemmed-in smell and feeling of a room full of old books makes the objects stand out, and allows them to subtly inhabit the space. I was there late in the evening so the lack of natural light and nearly-closing-time calm probably infected my experience, but being in a library rather than dedicated gallery space made looking at these objects feel more intense than most art-gallery experiences.

De Waal’s connection to white is personal. His first pot was white and he never felt the need to move on to other colours – he realised that white has the potential to express anything. A selection of his pots are included in the project at the Academy. They force you to look closer; the uniformity of their colour focuses the attention on the myriad differences between each one, even between two that are of similar shape and size. Your eye is drawn to the exact texture, noting the different whiteness that is emitted from the thickly glazed, or roughly chalky, and recognising the idiosyncratic undulations that you know have been created by the fingers of the potter himself.

Walking around, you feel that de Waal has an intimate relationship with this ‘colour’. This undoubtedly feeds into why the experience is so magnetic. Despite their connection to white, the pieces have little obvious connection with one another. Your brain misses the drip-fed coherence normally found in exhibitions (where a room may be linked by time period, artist, genre or style) and is forced to make its own links. So you are challenged not to simply respond and reply to the artefacts that are there, but to think about white in relation to other artefacts, times, places, memories; including those belonging to you personally, that couldn’t be included in de Waal’s exploration.

As this review probably testifies, it is easy to get swept up in de Waal’s way of thinking – that ‘White is aura’, for instance. Perhaps it sometimes comes near to becoming overblown and even pretentious. But when you realise de Waal is a man who spends every single day sitting down at a potting wheel and creating white pots with, ostensibly, only infinitesimal differences, and has been engaged and sustained by this activity for very many years, those two terms (so often used in order to narrow and confine) seem meaningless.

‘white’- a project by Edmund de Waal is running at the Royal Academy of Arts until the 3rd of January 2016.