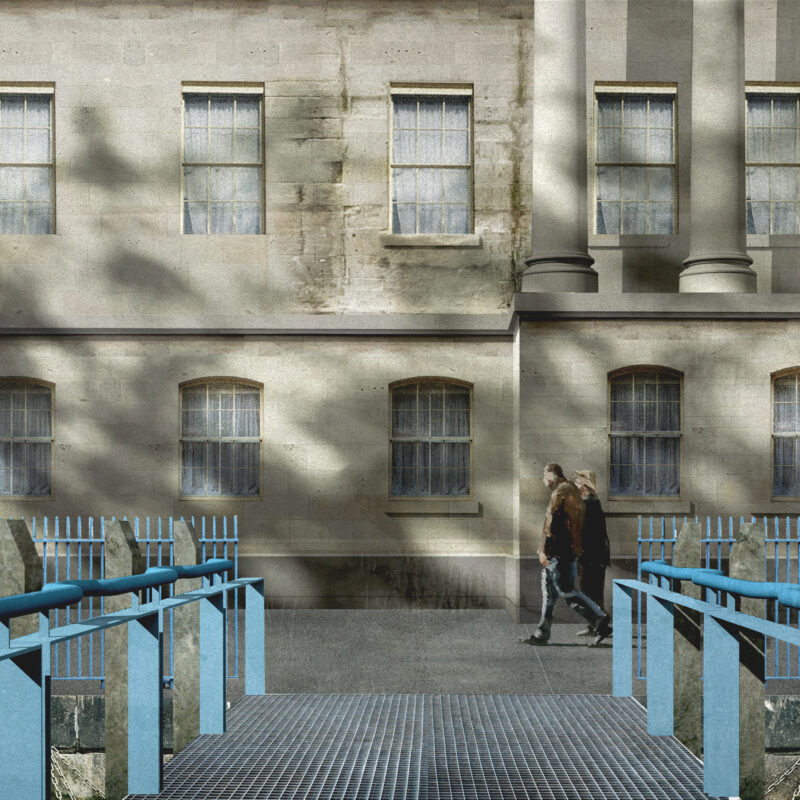 WILL FERREIRA DYKE chats with Bartlett alum ELLIOT NASH to discuss his trajectory as a practicing architect and educator.

Elliot Nash is a familiar Bartlett alumnus who is interested in ideas surrounding  heritage, restoration, preservation, conservation, and their consequences on the architecture of London. I spoke to Elliot about his experience studying architecture and his diverse post-graduate pathways. We continued to discuss his fourth year project  Imitation Custom House (2019-2020) for the brief ‘cultivating the past and the future’. This piece was based on Custom House, a building located on the North Bank of the Thames, formerly used for the collection of custom duties. Elliot’s project saw a reimagination of the Custom House, creating a building which would house a ‘false-economy’ of the art world, acting as a pseudo- auction house, gallery, and painting studio.

Hi Elliot! Am I right in thinking you were the graphic designer for Era,  years ago, back when it was called SAVAGE? How do you remember the journal?

Indeed, it was good fun! It’s been good to see its evolution, and I think the direction that Era is now heading in is great. I had a close friend who was interested in graphic design, and we worked on SAVAGE for two years. The first print Joanna and I did was Free Speech, but it was with Intersect and Territories that we found our feet. We started to reach out to students at the Slade and The Bartlett on Instagram for imagery to support the words – well, that’s probably how you found me!

Indeed it was. What were your steps post Bartlett?

So, I did the three years undergraduate and then spent two years in practice at Wright & Wright, working on their project for the Museum of the Home in Hoxton. Following this, I returned to The Bartlett for my postgraduate studies and started teaching the Year 1 cohort. Since graduating last summer, I have been kept quite busy: delivering summer schools, physical and digital exhibitions, and returning to both practice and teaching.

How did the teaching begin?

When I was a second year student, I became a mentor on Accelerate, a programme run by a charity called Open City. Over the years there was an opportunity for a new programme leader, which I was offered. I was invited to teach first year students at The Bartlett and I have recently moved to teach at Greenwich this year. It’s an ambitious school with a great mix of academics, which makes for a stimulating environment. Interspersing teaching and working in architectural practice, I have found that the former gives me energy for the latter. They’re very different jobs; working in practice has a slow and thorough pace to it, whereas a day of teaching is a day of conversation and ideas. Architecture is quite unique in the sense that you can continue both in parallel, and each has something to offer the other.

I read over your Imitation Custom House project (2019-202) in complete awe. The visuals paired with the historically rich audio was beautiful. Can you talk me through your ambitions for this project?

That was my fourth year work; my first project returning to education. The brief for that year was ‘cultivating the past and the future’. I wanted to hone the means of communicating a project; I mixed physical model making, to test ideas, with more conventional perspective drawing, and throughout the year, an ever-evolving script which ran alongside the project.

I wanted a project grounded in the real problems that architects face, so I knew I wanted to work with an existing building, and being a Lononder, I felt it needed to be sited here. Using Custom House as a site gave me the chance to take ownership over my ideas, because, despite its listed status, it is a relatively unknown building.

I was going to say, I didn’t know anything about Custom House before listening to your project.

Exactly – and it’s such a big building. I’d never really come across it before either. Choosing Custom House gave me the opportunity to be the expert, and deliver all of the knowledge to the spectator. This gave me a lot of freedom to work within and without the building.

What was it that drew you to this building, was it the history or location?

You have kind of hit the nail on the head there. The thing that drew me in was the history, because it’s such an interesting building. It has a tripartite history, having suffered from subsidence and bomb damage at different points in its life. The scars of this damage are invisible. I saw this as fertile ground for an interesting project, where I might begin to subvert and make these histories visible and physical.

The video you created for this project was wonderful; the way in which you discussed the masts of the boats on the Thames, and then the foundation for your build, it all was interwoven so poetically.

Within architecture, things are so physical. You can read about the history of a site as much as you want, but you then have to find the physical bits. I collected quotations that discussed the Thames being filled with a forest of masts, and stained by the colours of the tea and tobacco which were coming from far-off lands. Once the history has this physicality, then you can begin to recreate it, or subvert it.

You work in a variety of media when producing this project. You utilised 3D models and stop-motion, as well as sketched, almost water colour techniques to render certain elements. Do you enjoy working in all these large varieties of media? How necessary do you think this was for concretising your project?

Each project I work on calls for something new. The Imitation Custom House was all about casting concrete in the Thames, and so it demanded the physicality of plaster castings, and their careful recording and documentation. Then, in terms of drawing, there needed to be a kind of dirtiness. I looked at a sketch made by JMW Turner on the Thames, and I imagined him dipping his pen into the water. I wanted to convey something of this character in my drawings. Whether drawings or models, my process is usually very physical. I find it richer to cut up bits of card and foam in search of a form, and even digital collages, made on Photoshop, begin with physical photographs, textures and a flatbed scanner. When you look closely at my images, there is a kind of looseness that only comes from having been made by hand. They are images which belong to no point in time.

In your presentation, you reference T.S Elliot’s Four Quartets, JMW Turner’s sketches, and the work of Rachael Whiteread as inspirations. Where else do you turn to gain inspiration?

Observing how people before me have responded to similar problems and ideas is crucial to my creative process. Grounding my observations in literature and art gives my thinking some gravitas. It is a pretty safe leap to study the work of visual artists; painters and sculptors, but you’re right, I do turn to literature as well – probably poetry more so than longer pieces of prose. Architecture, similar to art and literature, has the power to pursue the poetic and to provoke. My work tries to tread those boundaries, situated in-between disciplines.

I also try to travel often and see buildings. I like to visit buildings I might have read about – that’s the first level of inspiration – and physically spend time in their space. When I’m starting a project, I’ll call upon the spaces I’ve stood within or seen images of, and piece together their architectural, material or spatial qualities into something of my own.

Where do you think you will take the project?

I was satisfied with where I left my fourth year project. It is my more recent work which still has mileage for further study. My graduating project, which I called Blackhall, was a proposal for a new counter monument for London, arriving at an architecture which opposes contemporary thought and practice around conservation. There are many things about it which are unresolved, so I look forward to returning to these old ideas.

I have tried to approach teaching as an opportunity for my own continued education and for collaboration. Together with my teaching partner Iris Argyropoulou, we have been making collective cast models of a site on the Thames with our students, and their proposals will follow later in the year. I have returned to practice and continue leading Accelerate, so I am kept busy.

This interview took place in September 2021. 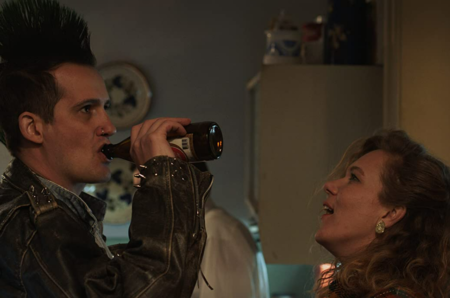