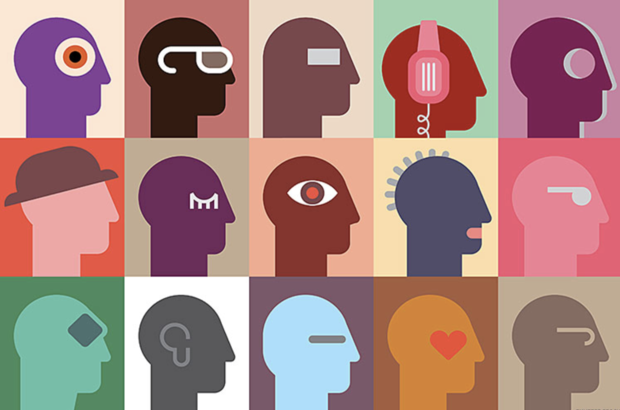 ALEX RUSSELL looks at the darker side of Grindr.

Grindr has allowed members of the gay community to connect in ways that had never before been possible. It might still be difficult for them to express their sexuality to friends, family or the general public, but gay men have reached out to each other in this virtual space. Yet many of the ugly realities of Grindr and similar dating apps remain obscured: they introduce a whole new dimension of problems that can be encountered when interacting with others.

One of the most damaging aspects of this app is its generation of an unhealthy vicious cycle of instant gratification. With Grindr, sex has never been so easy obtainable. A hook-up, sex or even date can be literally 5 feet away. While this is certainly used (or abused) by some, it creates a cycle where you become stuck in constantly deleting and re-downloading the app whenever you crave affection or intimacy. This ‘intimacy’ comes in a constant stream of men sending you nudes and dick pics. This chain of shirtless torsos, without face or context, dehumanises people and results in you being less reactive towards them. If you receive multiple obscene images throughout the day, over time you will become accustomed to receiving them.

It is the normalisation of this unusual form of interaction that damages normal human relationships. Many Grindr users can, as a result, only communicate in this reductive sexual manner. It ultimately obstructs many gay men from investing the necessary time into longer term relationships, resulting in them feeling more alone, which will in turn make them use the app even more. Just 21% of users of online dating apps have had a short-term relationship with someone they met online, showing that there is little scope for healthier, long-term relationships when it comes to gay online dating. An app designed to bring a minority group closer together is leading to many members of the community feeling even lonelier, despite being able to socialise with the community more frequently.

In a frequently judgmental community, dating on Grindr is also often a brutal and vulgar experience as many profiles actively discriminate against many types of gay person. ‘No fats, no Asians, no fems’ is all too often plastered across a faceless torso’s profile. ‘Tribes’ dictate Grindr. You are either a bear, a twink, a hunk, an otter or a transgender – with little room to differentiate yourself in-between. To be told by someone you have not met yet that you’re already not attractive to them can heavily erode your self-confidence. These vile phrases are not ones that would be encountered when dating in real life. Rather, it introduces a new category of low self-esteem that had not previously existed before the use of the app. If you do not fit the perfectly sculpted, young slim archetypical man with washboard abs that so many Grindr users seek out, it can be easy to allow this superficial prejudice to warp perceptions of beauty. Beauty is not simply attractiveness, instead, it is reduced to dick size, body fat percentage and sexual availability.

While such labels within the gay community are not inherently damaging, it is easy for discrimination to grow around them. Apps like Grindr can let you filter out all tribes that you don’t want to see – therefore immediately dismissing a large percentage of men. This again links back to the problem of being made to feel unattractive by complete strangers and ultimately promoting a ruthless dating experience for those that feel like they can’t identify with the strict tribes in the gay scene.

The recent surge in the glamorisation and fetishisation of ‘daddy’ culture has brought many dangers to the younger population of the gay community. ‘We’re going on a Bear Hunt’, in gay culture, means something very different, where many younger men often seek out an older man to give them financial stability in exchange for often a sexual relationship. This can lead to a controlling, manipulative relationship based on dependence on the older man, where the toxic empowerment can cause emotional and sexual manipulation by the older man with many more years of experience in the sexual arena.

‘Daddy’ culture also gives many older men a chance to engage in sexual relationships with young men that damages the perception of normal relationships on both sides. Older men choose to have sex with people that are decades younger than them, and thus consistently reject the advances of the men who are closer in age to them, and on average more likely to be a suitable partner for them. The younger ones, on the other hand, will likely become accustomed to a type of relationship with a dominant and submissive role, which normalises the experience of being taken advantage of and manipulated. This daddy-son relationship is glamourised because many younger boys find the prospect of being financially accounted for (obviously) appealing. What they don’t realise is that they are, often, setting themselves up to be emotionally manipulated in relationships to come.

While I believe that bringing the community closer together is important, I have also too many times seen the side of Grindr that makes you lose your self-worth, and the side that gives a warped perception of the gay community. It is crucial that those who are taking their first steps into this online arena be aware of the dangers and the potential long-term detrimental effects that this app can cause. If you’re going on a Bear Hunt, be prepared to run away.