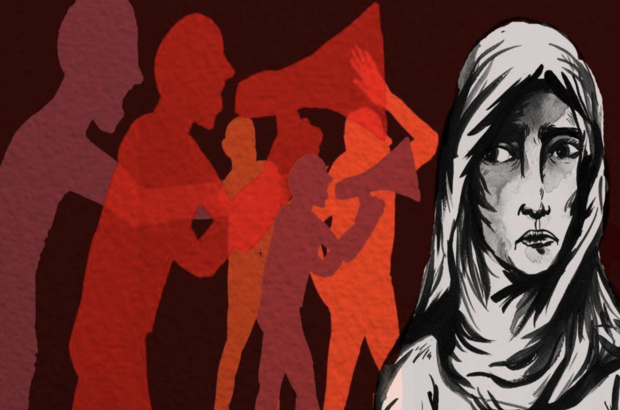 The narrative starts off the same. Hands on the prayer mat, whispering three times while in a sajdah. But this time, like many others, is slightly different. An elderly woman from outside of the hospital prayer room begins to scream and shout, calling to us. The peace that once occupied the space has now been replaced with a numbing shrill. ‘You’re all disgusting, disgusting, disgusting’. The words echo in my head as she leaves. Sitting up, I turn to my friend as she mutters: ‘ugly cow’. I smirk.

But there’s a nagging, guilty feeling in my throat. Why is it that the people who are often the most hurt are also those who suffer the most interrogation? The truth is that everywhere you go as a Muslim, you will find hatred. Institutions that are supposed to be helping you will instead make you feel like an outsider. Prevent, the government’s anti-radicalisation scheme, is not a solution; it’s part of the problem.

So what is the Prevent scheme?

The Prevent scheme is one of the four elements of the government’s counter terrorism strategy, ‘CONTEST’. Prevent aims to divert those from terrorism before they offend, by stopping young people from becoming radicalised and joining terrorist networks. There are undeniable merits to the Prevent scheme and I’m not trying to devalue them in any way. According to the home office, Prevent has apparently helped stop 150 people, including 50 children, from leaving Britain to fight in Syria in the last year alone.

However, the darker side of the Prevent scheme is often not talked about. Muslim communities are being secretly watched; school kids are being referred to the scheme for being ‘too religious’. This creates an endless painful cycle of paranoia where anything you do could become problematic. Among the victims of this policing are university students, who are being ostracised and monitored more and more. A report from JUST Yorkshire described the scheme as bringing ‘fear, suspicion and censorship’ onto university campuses.

Indeed, Kings College London has even told its students that their emails could be monitored under the scheme. KCL’s email login page states that by using the system, students and staff are consenting to their emails being ‘monitored and recorded’. A spokesperson for KCL’s students’ union said it was a violation of trust, adding: ‘Students who have not committed any crimes are being treated as suspects‘.

Young Muslims are only being made to feel further isolated due to their religion in a society that already ostracises them. This has resulted partly from the negative coverage of Islam in the mainstream media and on online platforms, which allows feelings of vulnerability and insecurity to deepen. This toxic environment allows Daesh, within the UK, to indoctrinate young adults and eventually convince them that Syria is a better option. If every time you log onto your newsfeed you see endless hate comments about things you can’t change about yourself, the notion of finding a place that accepts you seems utterly enticing. It is the frequent surveillance and social isolation by civil authorities tied with socio-economic poverty that acts as a strong cause of the eventual radicalisation of young Muslims.

There is already an anti-Prevent stigma in communities that makes young Muslims, like myself, distrustful of the system. Dal Babu, former Met police chief superintendent, believes disquiet about the ‘toxic’ scheme has spread among Muslim communities and also to wider society. ‘It’s not rocket science: go back to how we defeated the IRA. Just like when we were dealing with the IRA, we needed the confidence of Catholic communities’. Rather than making Muslims feel as if they are different or vulnerable, why not make them feel included and part of society rather than separate from it. I shouldn’t be told warnings from my parents to stay safe and to be careful about the groups I hang out with for the fear that I too could be put on some watch list – this isn’t right and it’s not fair.

And what’s the solution?

Firstly, we need is an open space for Muslims to talk without fear. We should be encouraging open debate where talks on Islamophobia are not shut down because the content could be too ‘sensitive’. Lecturers too, should not have to have their course texts checked by the police, because censorship only ever leads to more curiosity. The government thinks that by hiding material it makes things better, but it only really prevents an actual discussion instead.

Rather than surveillance, we need a scheme that prioritises community engagement. This will come from greater communication between mosques and the council. Education schemes that promote the peaceful discussion of Islam and theology need to be added into our schooling system, especially in Muslim communities. This will not only educate Muslims but also the general public on the issues of radicalisation. It will result in fewer cases of civil authorities having to punish citizens for becoming radicalised.

However, it is a two-way process. We need an active voice that represents young Muslims, and we need to make sure that young Muslims never feel isolated enough to go online in search of comfort elsewhere. Islamic societies within universities should set up counselling services for those feeling vulnerable. What comes with this is the need to remove the stigma of isolation and mental health problems within Islamic communities.

Above all, radicalisation can be cut down with greater communication. To include young Muslims as a fundamental part of the process is pivotal to the change. Like so many previous times, Muslim communities will have to reach out to warn the government about our friends or family members. But if the government stigmatises and tries to make us feel different, then the number of those fleeing to Syria will only ever increase. That is the solemn truth, which we must all fight against.