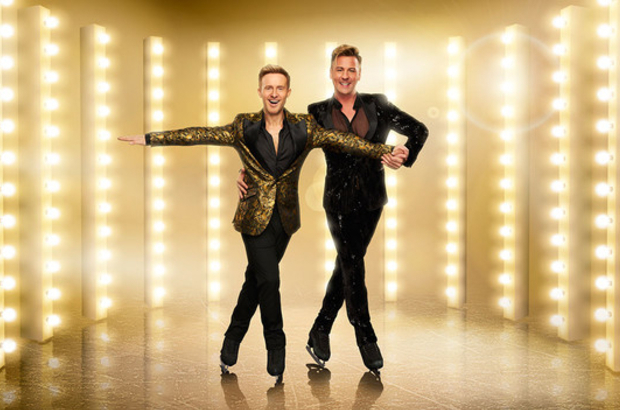 Last Sunday was the first time I tuned into Dancing on Ice, a highly unrealistic ‘reality’-competition show, that, as a figure skater, I feel underplays the difficulties of a sport which requires having, as Johnny Weir so aptly puts it, ‘brass knuckles under velvet gloves’. Reluctantly, I soon find myself sucked into the self-professed ‘greatest show on ice’. One pair, in particular, is the epitome of commercialised family TV, oozing with charisma, offset only by the occasional technical element, and skating to the inescapable soundtrack of The Greatest Showman (what else?). However, they are, in fact, anything but cliché: ‘H’ from Steps and Matt: the first same-sex pair on Dancing on Ice.

The backlash online highlights the stagnated perceptions people still have against anything that might digress from social norms. Although within competitive figure skating, a pair usually consists of a man and a woman, many viewers are missing the premise of an entertainment show: it does not (spoiler alert!) actually reflect reality. In fact, H and Matt challenge the anatomical restrictions of a same-sex pair; their programmes replete with jumps, spins and lifts. So, if objections are not based on physique, then this points to a homophobia latent in social psyche. Rather than fixate on the aesthetics, audiences should come away feeling ideologically challenged, and ultimately inspired by the break from the traditional image of a male-female pair.

Why, then, has it come as a shock to so many that two men would skate as a pair?

Having been in the sport for over a decade, it surprises me that such a stance on equality has not been taken before. Particularly, for a sport which has so often been revolutionary for gay competitors. Unlike other heteronormative sports (like men’s football), figure skating has long been commended for its representation of LGBTQ+ athletes. Jon Jackson, a gay judge, has dubbed it the ‘gayest sport in America’, and, whilst this homogenising label miscalculates the diversity of sexual orientation within other sports, such LGBTQ+ visibility should be celebrated. It was, after all, a male figure skater, Adam Rippon, who was the first openly gay male athlete to claim a medal at the Winter Olympics. LGBTQ+ figure skaters are becoming more vocal, and the world is noticing.

That’s not to say that figure skating does not come without pressures on sexuality. Given that it is a sport heavily concerned with aesthetics, judges have been accused of undermarking effeminate male skaters and encouraging them to make efforts to masculinise themselves. John Curry, one of the most decorated figure skaters, remembers how he was beaten by his coach for certain arm movements deemed feminine: for a sport that requires individuality and expression, figure skating is remarkably censored. It also, like many sports, comes with a set of stereotypes. The discourse surrounding figure skating uncovers this implicit typecasting: ‘You figure skate? So, you must be gay’, accompanied, of course, by jokes about latex and sparkle which corroborate what must be a gay sport. Of course, it is not just in figure skating that homophobia can affect men who wear tight-fitting costumes: ballroom dancing, ballet and gymnastics all carry the homophobic associations of a softer masculinity. Johnny Weir, an openly gay former US Olympian, has been outspoken about the homophobia surrounding the sport, ‘even if you’re a figure skater and you’re not gay, you’re called gay all the time or you’re made fun of for being a figure skater’. A friend of mine recently confided to me the struggles with sexuality he had growing up as a figure skater, elucidating the stigma that still exists for women in sports perceived as masculine, like football, or men in sports codified as feminine, like skating. ‘I’d never wished more that I hadn’t ice skated and I had just been good at football or rugby or basketball or cricket’, he recalls, specifically when he was gifted with sparkly pom-poms by the same boy who gave him the epithet ‘ice princess’. It is only by normalising the participation of men and women in all sports that it can become an inclusive, gender-neutral activity.

The narrative around H and Matt in the news has highlighted attempts to romanticise the pairing, but H assures their on-screen chemistry has not translated into anything more off the ice: ‘romance goes against the point of why we are doing our same sex coupling on the show. We don’t want to deter attention from what we are really trying to do’. What they are really trying to do moves further than the visual: conveying a message of acceptance, so that they will no longer be the exception and, rather, the norm. Comparisons to the parodied representation of two male skaters in Blades of Glory, which perhaps trivialises the scope of what this is achieving, highlight the lack of (and mis-) representation of same-sex pairings in pop culture. Following the coverage of this cultural milestone, Strictly Come Dancing has vowed to do the same, however perhaps the notion of a same-sex pair has been commodified by TV giants like BBC and ITV for the headlines, another money-making ploy to rake in the views rather than address the wider social issues at play.

Nevertheless, the paradigm of mixed-sex pairings on TV is shifting, and this is a change we should and must embrace.