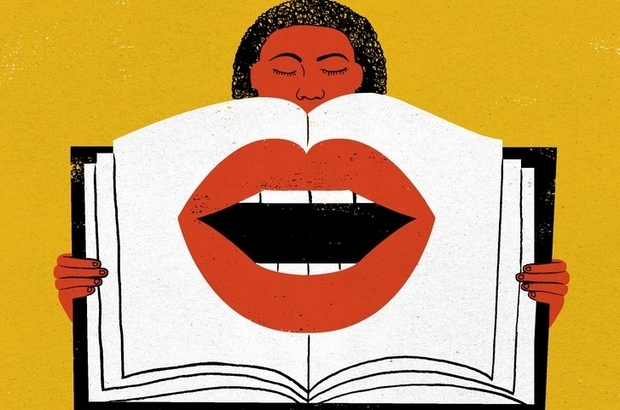 DISRUPTION, an event marking the end of this year’s Black History Month, was held on campus last week. UCL library assistant and poet Sandra Brown Springer, and her daughter Remi-Lyn Brown read their poetry to an audience made up of UCL students, staff, and their close family and friends. Brown is a self-published poet, and part of the creative collective SXWKS, while Springer is doing her Masters degree in Creative Writing from Birkbeck, and is currently working on a short story and poetry anthology. This was the first time they had performed their poetry together, but, as they said, it will definitely not be the last. Their poetry focuses on the navigating of space and identity in today’s society as black women, and coming to terms with their queerness. Both poets have different styles and approaches, and particularly touching were the moments when their poetry responded to each other.

Immediately striking was the way they both chose to read their poetry: sitting down, sans mics, voices booming organically across the room. It felt like listening to your mother or sister talking. No frills, no sugar-coating, just two strong female voices saying words that are hard to hear. I found it fascinating to hear how these two women, coming from significantly different generational contexts, presented their respective experiences relating to their gender, sexuality, and race. Both of them spoke of the forms of abuse they have experienced, being black queer women, and the various kinds of oppression they have faced at the hands of others, especially by being pigeonholed into the singular definitions society has laid out for them.

Springer began the poetry evening with the lines ‘I want to be white… I am ensnared with black feminism, black academia…I want to be the standard’. She spoke about how society only gives her the space to be the best black feminist, the best black poet, but her identity is never allowed to expand further than that. Sitting in front of her, listening to these uncomfortable truths, I was faced with the recognition that people of colour, especially women, are never allowed, let alone encouraged, to traverse the boundaries society has created for them. But poetry and other art forms give women of colour the freedom to push back against these boundaries and, not only resist having their identities moulded by the hands of others, but also to reclaim their own narratives and be able to define themselves.

Both mother and daughter had very different styles of poetry. Springer’s poetry was of a more traditional style with set rhyme schemes and a certain flow that snaked its way through each of her poems. She described herself as a very musical person, and that sense of rhythm and melody inflected each poem of hers. The simplicity and brevity of some of her poems evoked a kind of soberness, a sense of solemnity that we all felt in the room. On the other hand, Brown recited many poems about loving, and being loved, as a teenager in today’s world. Her poetry consisted of more free verse; by incorporating modern slang and text-speak in many of her poems, it was clear that she is a child of the Internet generation.

One moment that particularly struck me was when Springer recited a poem in response to her daughter’s writing, in which she describes Brown as ‘me to the power of ten, rebirthing me’. Springer spoke about how her daughter embodies everything she ever wanted for herself, everything she ever wanted to be, and through this, Brown inspires her every single day. Brown’s subsequent recitation of a poem dedicated to her own future daughter, ‘My Daughter is a Hurricane’, emphasised this specific bond that exists between mother and daughter, and how navigating that terrain can be both messy and confusing, but intensely rewarding all the same. By exploring these themes of family and femininity, I noticed how they each treated motherhood with a sense of holiness, a sacredness that honoured both the trials and the triumphs that come with it. It is easy to see how Brown has been taught strength, compassion, and intense self-love from her mother, and how this self-respect can be something inherited, something passed down from mother to daughter to granddaughter, through these strong and important female bonds.

After reciting some of her own poems, Springer opened up a book of Audre Lorde’s essays, and read out an excerpt from one of them: ‘My silences had not protected me. Your silences will not protect you’. Lorde was a writer, feminist, civil rights activist and self-proclaimed ‘black, lesbian, mother, warrior, poet’. It is easy to see why both Springer and Brown fiercely relate to her: they both came out as queer, Brown at the age of fifteen, and Springer quite recently, having been encouraged by her daughter to accept her sexual identity. I am reminded of something Brown said that evening, that it is ‘cathartic to be confronted with the humanness of a parent’. I now realise that the bond between Brown and Springer is not solely one of the parent teaching the child, but a relationship where both mother and daughter are constantly learning from one another – encouraging and being encouraged to grow. As a woman of colour myself, watching these women use poetry as a tool to explore, and celebrate, the complexity of their identities, I understand the power and necessity of widening society’s stock definitions, till we can sit within them comfortably.

Since that night, I have been unable to shake one line from a sonnet of Springer’s: ‘oh what disruptions I will make, when I am full grown and wide awake’. Sitting there, at the tail end of Black History Month, listening to mother and daughter use their voices to fight back against the people and the institutions that are, and always have been, determined to push them to silence, it’s easy to see the passionate disruptions they are making, poem by poem, and how they refuse to go unheard.