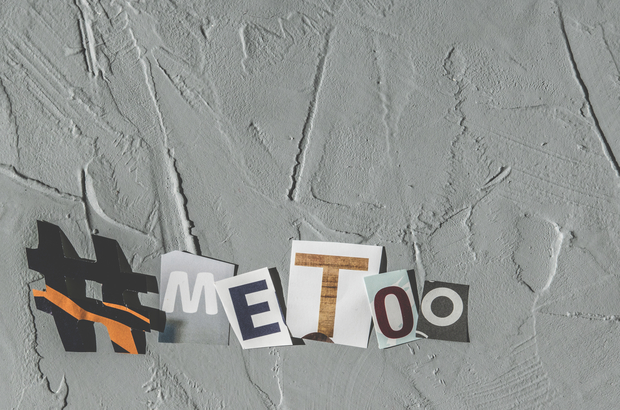 OLIVIA WARD JACKSON explores gendered agency in Jane Eyre, relating it to contemporary debate on sexual misconduct in the workplace.

This year, Brontë lovers will pay further homage to their literary idols, as the five-year long anniversary of the Brontë’s bicentenary continues. The names Jane Eyre and Mr. Rochester have been eternalised through their defiant, soul-wrenching romance – however, it is important to recognise that that Jane Eyre is not just another Victorian romp, but a text championing liberty and equality that still retains its political potency today.

Jane Eyre can offer prudent insight into the current dispute amongst feminists regarding sexual misconduct in the workplace, brought to light by the #MeToo movement. Let’s start with an acknowledgment of what all feminists share; a disgust for sexual abuse and violent threats. There is currently worldwide debate regarding what kinds of behaviour should be condoned within the workplace (of course, remaining impartial to the sexuality or gender of the perpetrator). Particularly difficult to navigate is behaviour that is accepted within a social space, yet deemed inappropriate in a professional, working environment. At what point does sexual conduct become sexual misconduct, and under what circumstances? For instance, should it be acceptable to repeatedly make advances on an unenthused colleague? Recently, a fiery band of one-hundred French women retaliated to the #MeToo movement in an open-letter, claiming that ‘rape is a crime, but trying to seduce someone, even persistently or cackhandedly, is not’. In their quest to safeguard ‘the liberty to seduce and importune’ these women forget to consider the intricacies of office hierarchy, and its restriction of sexual liberty. It is clear that equality within sexual relations is distorted by professional ranking, as male employees typically wield far more influence than others. Hence, sexual attraction is no longer the only factor at play, since empowered sex pests can threaten their victim’s careers and livelihoods. Through a careful reading of Jane Eyre, we can observe the detrimental impact of exerting one’s autonomy within an entrenched hierarchy, and the Pandora’s box of destructive side-effects that it opens.

If those one-hundred French women could tear themselves away from Colette’s narratives of unfettered Parisian amours, they might recognise some of their principles being upheld by a ‘poor, obscure, plain and little’ Jane Eyre. Time and time again, Jane stands up to brutes with the ‘right to pester’, whose misconduct towards her, though not always sexual, is accommodated by their superior social status. Jane accuses the relentlessly cruel John Reed; ‘you are like a murderer – you are like a slave-driver – you are like the Roman emperors’. Later, she tells the manipulative St John ‘I scorn your idea of love’ and that ‘if I were to marry you, you would kill me’ in order to uphold her resolution not to become a Christian missionary in India. Furthermore, Jane stands up to her master and lover, Mr. Rochester, who has taken advantage of his position, attempting to deceive Jane into a bigamous marriage, which would ruin both her reputation and her religious purity. This she does by forcefully asserting her autonomy; “I am no bird; and no net ensnares me; I am a free human being, with an independent will; which I now exert to leave you.”

Jane’s emphatic denunciations of male tyranny are certainly impressive, but every time they worsen her practical and emotional situation. John Reed is the spoilt master of a house in which Jane lives as a dependent orphan, with no money or prospects. By attacking him, Jane inflicts further punishment on herself; she is sent to be psychologically tortured in a haunted red room and then to the merciless Lowood institution. Similarly, Jane’s dismissal of St John destroys all her hopes of a harmonic family life with her cousins, as she is forced to cut off a brotherly relationship that was so dear to her. More difficult still is her rejection of Rochester, which leaves her destitute as well as heart-broken. It is because Jane’s relationship with each of these three men is constricted by a social hierarchy that her passionate outcries against injustice are brave but resoundingly pitiable. This predicament is dramatically illustrated by the frantic ravings of Bertha, Jane’s double. Bertha’s situation is precipitated and worsened by her violent defiance: she is imprisoned and within a Victorian ideological hierarchy that disempowers both her gender and race, leading to her symbolic confinement in the attic of Thornfield.

Indeed, parallels can be drawn between Jane Eyre and those trapped in a professional hierarchy today. In rejecting an unwanted pass from a superior employee, far worse than damaging a fragile male ego, a woman could offset a chain of consequences which could threaten her entire career. Maybe Jane Eyre would have done better to post #Balancetonporc, instead of suffering the ramifications of her defiance.

What steps can we take to avoid a generation of Jane Eyre’s, who pay a high price for exerting their independent will in order to avoid the even higher price for disregarding it? Brontë flattens the Victorian social hierarchy, which threatens the equality between Jane and Mr. Rochester; Jane becomes an independent woman due to an unforeseen but substantial inheritance, whilst Rochester emerges from the embers of Thornfield, deformed and disgraced. In real life, workplace hierarchies cannot simply be demolished, and so we must provide an alternative solution to the issue of power abuse. How can we learn from Jane Eyre and ensure sexual autonomy in a working environment, where employees are simultaneously pawns in a professional pecking order?