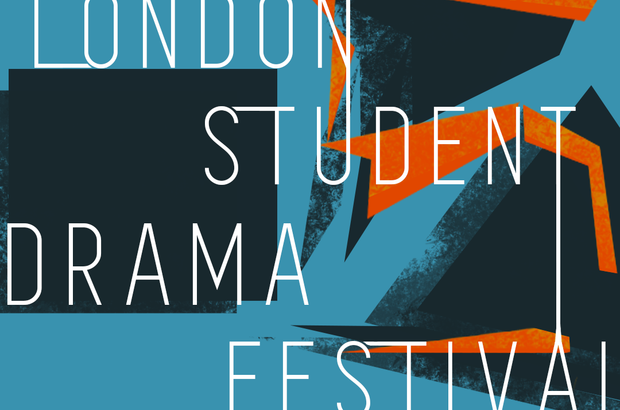 URI INSPECTOR reports on the finals at the 5th London Student Drama Festival.

In university drama, the student is king; budding young writers, directors and performers can organise and showcase their talents on campus freely, get reviewed, gain some reputation within their circles and even reach the heights of the Edinburgh Fringe. The difficulty lies in the path from student to professional, from university to industry. The London Student Drama Festival, now in its fifth year, works to clear this road, putting new writing on big London stages in front of a large audience including a panel of professional theatre-makers as judges. It also breaks the insularity of student drama in London, bridging the gap between separate institutions; ‘When I first started getting involved in uni drama, I was struck by how little we communicate with other London universities’, said UCLU Drama Society president and this year’s LSDF organiser Matthew Turbett in front of a whirring crowd at the Pleasance Theatre at the festival’s final on March 20th.

The night comprised of four original productions from Royal Holloway, UCL, SOAS and Regent’s, who had beaten four other London universities to reach the final. Following each performance, the judges, Actor Clive Mendus and director Caroline Steinbeis, gave constructive feedback to each team.

Royal Holloway’s Opium opened the night, a brave meta-theatrical exploration of the meaning of Remembrance Day. The piece questioned the extent to which the poppy as a symbol has become an abstract object of conformity, instead of bringing about sincere reflection on the fallen dead. Opium was engineered around the interplay between a central narrator who communicated with the audience and a dynamic ensemble seamlessly shifting roles, which conveyed the illusory nature of symbolism. It was student theatre at its most thought-provoking, re-evaluating traditions and values that are seldom questioned, satirising our society’s pretensions and blind acceptance of received wisdom. A poppy seller mused on the flower’s alternative purpose of opium manufacture while a child asked its parent why they must remember a war they have no concept of. In spite of its daring subject matter and amusing moments, Opium’s effect was often limited by clichéd writing and a lack energy and cohesion. Stenbeis rightly remarked that Royal Holloway succeeded to make funny a topic usually treated with unrelenting gravitas, yet also commented that the ensemble work didn’t go far enough. Characters were not as fully developed and convincing as one would’ve hoped, as the piece seemed too distracted by its political concerns to polish its composition.

Next came UCL’s Walls, an exposition of the struggle of refugees to regain their humanity in the Calais jungle. The story of Ali, an Afghan refugee who attempts to escape the constriction of his environment, is paralleled side-by-side with that of Julia and Anna, two German sisters struggling to flee authoritarian East Germany in the years leading up to the fall of the Berlin Wall. Walls communicated its hard-hitting political message so vividly through the use of physical theatre, live music and singing to convey the atmospheres of Calais and Berlin. In Calais, the hypnotic plucking of an oud, a Middle Eastern stringed instrument, accompanies Ali as he sings the call to prayer. Stark handheld lighting and shrill violin characterised a cold and repressive East Berlin. The audience were drawn by all senses into Ali and Anna’s chaotic worlds, creating strong emotional attachment to the characters which persisted throughout the piece. What made their struggle for liberty and self-actualisation all the more moving was its relatability; ‘I just want to be the best version of myself’ says Ali in his letter to David Cameron, a line taken from a real letter from a refugee. Compelling monologues were supported by imaginative physical theatre; surrounding the desperate protagonists was an incredibly versatile ensemble consistently using their bodies to create powerful imagery, which looked all the more striking on the Pleasance’s wide stage. One moment a member of the ensemble would be a severe Stasi officer, the next a link in a fence. Ensemble energy carried the play’s intensity to a heart-stopping climax that saw the fall of the Berlin Wall next to Ali’s outpourings. Walls took a vital political issue and presented it in an innovative, immersive way, and this was reflected by the judges decisions; Florence Woolley was chosen for the ‘Best Director’ award.

SOAS’ inventive and profound satire Knowledge is Power went beyond politics and launched the audience into the hysterical absurdity of the modern mind; a stripped-back post-apocalyptic nightmare where the mindless vanity of social media, the cultural illness of our self-improvement obsession and mental distress rule the day. A non-linear narrative detailing a turbulent and vacuous relationship between two young women, vacillating between abstraction and revelation, the darkness of mental breakdown and farcical meta-theatricality kept the audience enthralled throughout, simultaneously alienated and tickled. A ‘stage manager’ would appear periodically and interact with the characters, creating scenes both of hilarity and poignancy. An undeniable highlight of the night, the play was carried by two stellar performances brilliantly communicating the frenzied narcissism that plagued the characters and the macabre motivations beneath their skins. Both took home the ‘best performance’ awards while Knowledge is Power’s writer won ‘best writer’, rendering the production the most successful of the night; observing the tumultuous mix of shock, hilarity and horror on the audience’s faces validated this, and a real sense of communal theatrical experience was in the air.

Last came Regent’s University with Foible Fables, a voguish comedy juxtaposing the innocence of childhood imagination with the gritty reality of modern adult experience and the fragmenting family. A child’s bedtime story became a thinly veiled account of the excesses of his parents; ‘Sir Jaegermeister’ draws the princess to the prince through lowering her standards, while the prince is later caught ‘chasing foxes’ adulterously and ‘hugging them from behind’. The exploration of the relationship between illusion and reality, and the pretensions husband and wife keep up to protect their children was engaging, especially as it was interlaced sit-com style humour, which made for relaxed and feel-good viewing after the visceral experience of the previous two plays. In spite of this, the play lacked complexity, each character seemingly conforming to an American stereotype, while subtlety was left in want.

The London Student Drama Festival has come a long way, from 4 universities staging new writing on one night, to 8 universities performing across two. This year broadened the opportunities offered by the festival, organising a directing Q&A with Robert Icke in March, as well as a playwriting workshop with Simon Stephens; this shows its commitment to developing the next generation of London’s theatre-makers. Its plans for next year are equally exciting, establishing a London Student Theatre Awards which will see a panel of student judges from different universities surveying the plays in each uni throughout the year and awarding them accordingly. This will undoubtedly increase communication between London’s universities and motivate its students to improve their theatre and learn from one another.

Find more information about the London Student Drama Festival here. For more on UCL’s Walls and the creative process behind the show, see Uri’s reports here:

Walls – From Calais to Berlin