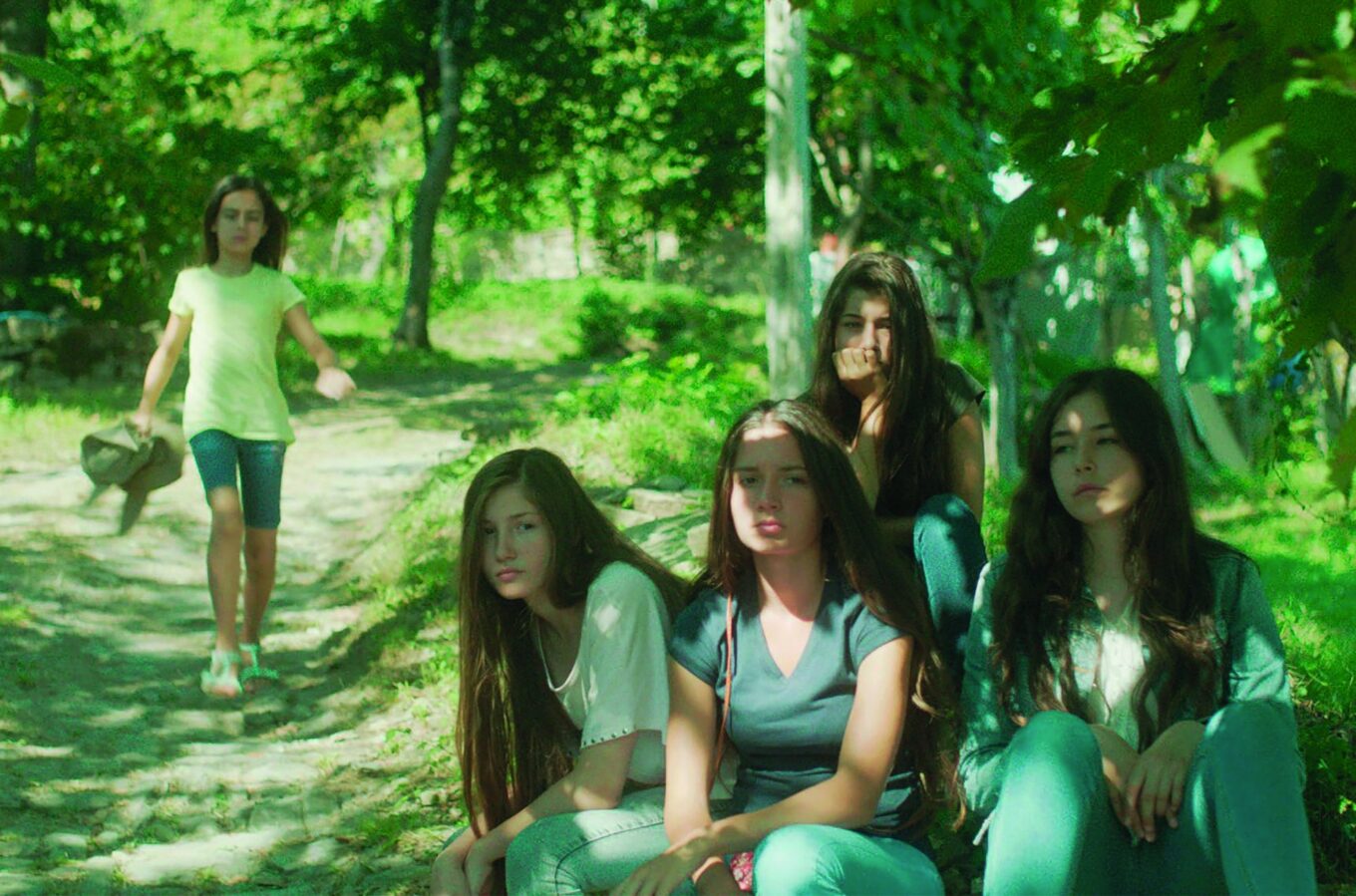 In its current film season,  the BFI Southbank celebrates authentic portrayals of female adolescence in all its complexity. Running from 1 February to 15 March, ‘Seen & Heard: Daring Female Coming-Of-Age Films’ includes a wide range of contemporary films depicting girlhood in nuanced ways, reflecting the multilayered interior lives of the women on screen as they grapple with the trials and tribulations of growing up.

The highlight of the season is La Mif (2021, dir. Fred Baillif), described as a blazing and engrossing documentary-style drama set in a care home for at-risk teenage girls. The film’s use of shifting perspectives brings us into the world of seven young women who find family in each other through the residential care system. Baillif, himself a former social worker, gathered a cast of first-time actors to represent young women coming of age in tumultuous, harsh situations in a strikingly genuine way. It will be screening UK-wide, including at the BFI Southbank, from 25 February.

The remainder of ‘Seen & Heard’’s line-up features a variety of films from all over the world, showcasing the process of growing up in different cultures. February’s screenings include Thirteen (2003), which director Catherine Hardwicke co-authored with the then fourteen-year-old Nikki Reed, who also stars in the film. By drawing from the psyche of a real teenager, the film manages to craft a raw depiction of teenage joys and horrors. House of Hummingbird (2018), Kim Bora’s semi-autobiographical debut, is set in 1990s Seoul and explores how a teenager’s life changes upon meeting her new Chinese tutor. Mustang (2015, dir. Deniz Gamze Ergüven) is a tender portrayal of sisterhood, and the stigmas and fears surrounding womanhood in certain cultures; It Felt Like Love (2013, dir. Eliza Hittman) follows a fourteen-year-old determined to have her first sexual experience.

Meanwhile, Fish Tank (2009, dir. Andrea Arnold), which won the Jury Prize at Cannes Film Festival and the BAFTA for Best British Film, focuses on fifteen-year-old Mia, an outcast with a raging temper who turns to dancing to seek solace. Rafiki (2018), Wanuri Kahiu’s courageous debut feature, features two young women in Nairobi irresistibly drawn to each other, while dealing with political rivalry and societal pressures, in a kaleidoscopic journey of first love. In Between Days (2006, dir. So Yong Kim) grapples with the isolating experience of immigration when a young Korean girl moves to Toronto with her mother.

March begins with a screening of Céline Sciamma’s Water Lilies (2007), a provocative portrait of desire, following a girl vying for a spot on a synchronised swimming team in order to get closer to the alluring team captain. Somersault (2004, dir. Cate Shortland) chronicles a sixteen-year-old girl who, in her search for intimacy, runs away from home and starts a new life in a small Australian ski town. Marie Antoinette (2006), Sofia Coppola’s candy-coloured reimagining of pre-revolutionary France, challenges preconceptions of its titular queen as we witness her coming of age within the court of Versailles in the eighteenth century.

Divines (2016, dir. Houda Benyamina) features a downtrodden teenager and her best friend, dipping into the world of drug dealing in hopes of making big money; it celebrates the power of female friendship while incorporating elements of gritty gangster thrillers. Jinn (2018) is loosely based on director Nijla Mu’min’s own experiences as an African-American Muslim, depicting the inner conflict of a high school senior confronting regular teenage concerns and her mother’s sudden conversion to Islam. Skate Kitchen (2018, dir. Crystal Moselle) is a lively documentary-style look at female skateboarders and their collective bond. Lastly, 37 Seconds (2019, dir. HIKARI) follows a manga artist with cerebral palsy, her relationship with her emotionally stunted mother, and her own path to sexual liberation and independence.

By curating the season to encompass a diverse range of experiences encountered by women worldwide, ‘Seen & Heard’ is a must-see for anyone interested in complex, realistic portraits of women that go beyond rigid, traditional stereotypes. Viewers aged 25 and under can purchase tickets to any screening for £3, through signing up with the BFI’s scheme for young audiences.

The BFI Southbank’s ‘Seen & Heard: Daring Female Coming-Of-Age Films’ will be showing from 1 February to 15 March.