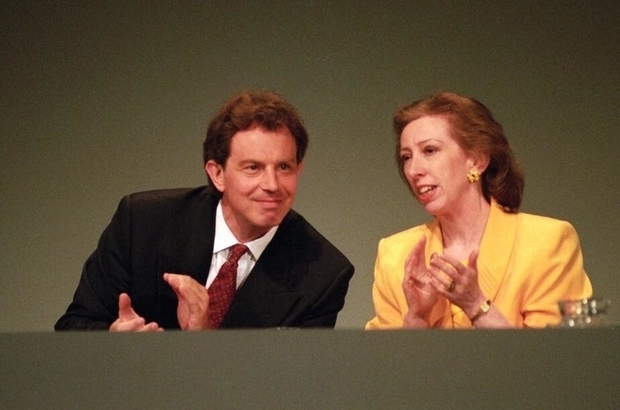 The night’s first show, The Milliner and The Weaver, directed by Cara Michel, transports us to Ulster, Northern Ireland, at a time when society is being uprooted. So intense is the conflict over the issue of Home Rule after the third Home Rule Bill of 1912, that it tears apart and silences the already criminally underrepresented Irish suffrage movement. We embark on a microcosmic exploration of this period with two endearing and sensitively portrayed women from different universes as they navigate the outdoor political environment from the space they know the best: the home.

Walking across the stage before the show, we are enveloped by a sense of domesticity; the carefully strewn socks, shoes, chairs, and newspapers are minimalist but pertinent. This, we learn, is the entire world of Henrietta (Róisín Tapponi), the weaver, a world into which she has retreated after the issue of home rule made her unable to continue associating with the suffrage movement she had been a part of. The utilisation of the space is the most striking thing about this piece, aside from the seething monologues eventually prized out of the stoic Henrietta, provoked by Elspeth (Abby Megan), the milliner. Henrietta remains tied to her domestic duties, as represented by her constant presence in the house, despite others being able to come and go.

The exploration of an unlikely female friendship, a topic woefully under-explored in theatre, has potential here, though the fluidity is somewhat disrupted by the characters’ tentativeness to address the audience or each other. Though the chairs facing the audience pull us intimately into the action, the lack of eye contact and physical rapport between the pair is uncomfortable. Their statuses within society are cleverly juxtaposed, illustrating the positive element of suffrage – unification of women regardless of background and class. The exchange of the hat from the milliner to the weaver in the show’s denouement was a tender symbol of this unification and solidarity.

Elspeth’s physicality is compelling, contrasting gracefully with the domestic mannerisms of Henrietta who continues to scrub shoes as her guest moves with wide, open gestures. The milliner seems to be a woman from future, clad in fishnets and a quirky hat, namely due to a lack of children tying her to the home. As she marches out of the weaver’s home to the beat of a drum, we are struck by the tragedy of the failure of the suffrage movement. Henrietta’s softly lit, visceral declaration of her restriction of movement to the domestic sphere, speaks for significant numbers of both Irish women of the period, and women internationally today. Thus concludes a delicately approached exploration of a movement lost to a history dominated by men.

The second piece, Acting Leader, directed by Maymana Arefin, follows the tenacious Margaret Beckett in the tumultuous period after John Smith’s death. We see how she became the prey of institutionalised sexism in her battle to become leader or deputy leader of the Labour Party as it headed towards the New Labour era. Though it errs towards an oversimplification of issues at times, namely in citing not being ‘beautiful enough’ as a key factor in Beckett’s loss, it is a nuanced and thought provoking exploration of the crushing underrepresentation of women in the old boys’ club of Westminster.

The wavering tension between public and private persona is beautifully confronted. This is perhaps most effective when we see a powerful, unwavering Beckett (Ciara Aaron) address Labour post Smith’s death, and seconds later, having symbolically moved the podium away herself, a sobbing, shaken woman. Aaron’s grief feels authentic, and the exploration of the particular pressure to suppress emotions as a woman in the public eye is sensitively explored.

The dialogue between the different figures who marred and lifted Beckett’s life at this time are multi-roled by Elena Brea, who shifts between different characters in an instant. Themes of female friendship are portrayed effectively in this play, too, particularly with the sidesplitting Clare Short character, with whom one has the sense Beckett was able to truly express her most empowered and genuine self. Beckett’s husband is also sensitively portrayed.

The suitcase that housed the plethora of influences upon Beckett’s career and personal life becomes climatically symbolic as Beckett loses the vote and packs up the experiences that shaped her. The two actresses, representing Beckett’s personas and influences, blur into one via a final costume change, whilst the undulating aria accompanies the poignant ending. One is left truly in awe of Britain’s longest running female MP from some very expressive performances, and in lament of the appallingly low percentage of female representation in our government. The plays certainly deliver what they promise: women, politics and power, in a thoroughly entertaining, but also provocative and compelling set of performances, tackling the issues faced by women in Ireland in 1914, as well as those in the 1990s national political world.