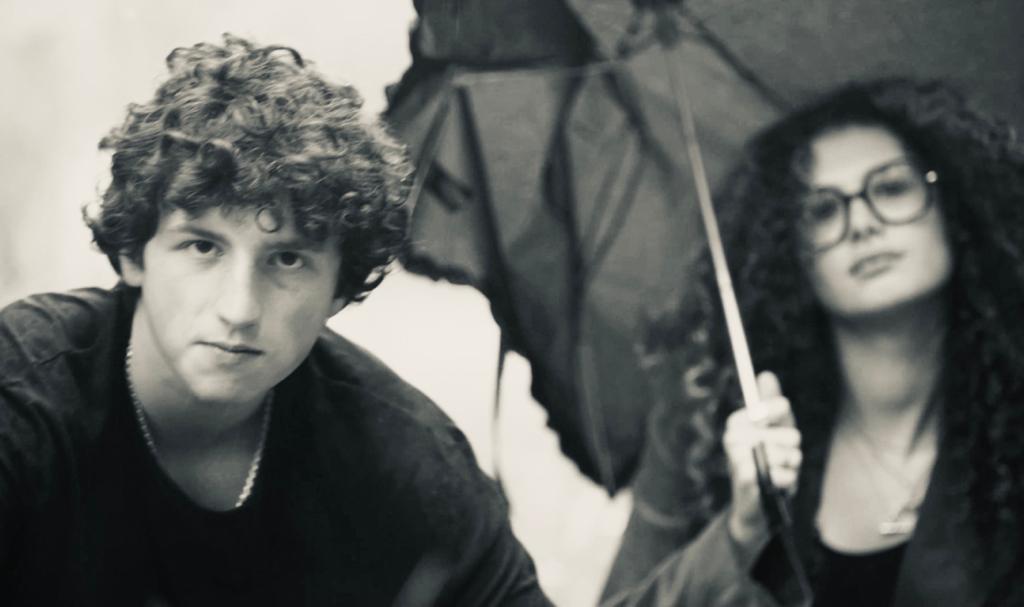 MATILDA SYKES had a chat with sibling duo, Sister. Born and raised in London, the band Sister consists of siblings Sadie and Sonny. Sonny (aka Sonny Boy) began playing drums at six-years old and taught himself the piano a few years later. Sadie joined him, adding guitar and soulful vocals, forming Sister. While evoking the spirit and attitude of glam rock’s T.Rex and The Sweet, dark melodies, riffs and a distinct grittiness of production bolster the energy and move Sister’s sound firmly into the 21st century. Sadie is currently studying Fine Art at The Slade while Sonny studies Songwriting and Production at Guildhall. Currently, the pair are writing with Southampton-based rock legends Band of Skulls, while making arrangements to collaborate with a number of other exciting and established musicians, writers and bands. Catch them at UCL open-mic nights and gigs around London!

So, I’m going to stir the pot… how come it’s Sister not Brother?

Sadie: One of the main things Sonny and I have in common is our little sister Kitty. She’s definitely the person in both our lives who keeps us from never speaking to each other again!

Sonny: Being a middle child between two sisters definitely influenced the way I behave – it’s been great for me really.

Sadie: And to be honest it just felt like a good fit. We’d spent so many dinners shouting out random objects we spotted in our house trying to come up with a name. It went on for months… at some point you just have to pick a name and stick with it! So that’s what we did.

Sadie you go to The Slade and Sonny, Guildhall – how do you manage to make time for practicing? Is it a struggle or does it just end up happening?

Sonny: We get together at the weekend, it’s kind of an unwritten rule between us. Music’s our number one priority so we try to see each other as much as possible.

Sadie: Most of the time we’ll be at The Cabin Studio where we record and produce the song we’re working on. Sometimes we struggle to find the time to meet in person, but there’s a constant exchange of voice notes, lyrics and chord progressions on WhatsApp.

Sonny: There are times when we meet up and we’re just not in the right mood for the session to work. The session can go one of two ways at that point. We have a huge argument or we start something brand new. We definitely prefer the latter.

Sadie: It’s a weird system, but it seems to work for us!

Could you talk about the song-writing process, or the creative process generally? Is it more of a symbiotic thing or is there a main lyricist?

Sadie: Honestly, it’s a different process for each song. But there is a constant of either one of us bringing a small idea to the session and then working from that together. Actually… I don’t think we’ve ever started a song together.

Sonny: I mess around on the piano or guitar with some chords, hum some absolute gibberish and work from that. I mean we must have at least a thousand voice notes on our phones combined. If we’re struggling we dip into that ‘catalogue’ of ideas to see if there’s anything we can work with. Usually we find something we completely forgot about.

What would be your dream venue to play?

Sadie: There are some classic songwriter venues which have always been our dream to play. The Troubadour, The Blue Bird Cafe and Grand Ole Opry. These venues focus on inviting established songwriters to perform -I’d love to achieve that kind of songwriter status.

Sonny: In other words… we’ll take anything we can get! But places like the Roundhouse and The 100 Club in London would be a dream to play.

You cited T.Rex and The Sweet as some of your influences. Who else inspires you both?

Sadie: Our sound has changed  kind of dramatically in the last year, and it’s mainly due to the influence of writers like Marc Bolan, Bowie, and Graham Nash. I love simple songs and simple writing, it’s something I try to instil in our writing. Currently, I’m listening to Pip Blom, the Sex Pistols and The Villagers.

If you could experience an era of music that you weren’t alive for, what would it be?

Sonny: My mind goes straight to the 90’s. Hearing Blur, Nirvana and Oasis for the first time would be absolutely insane. But the 70’s are pretty close behind! It’s a tough choice.

Sadie: For me, it would have to be the late 60’s and early 70’s. I can get more specific if you want – Laurel Canyon, Los Angeles in the 1970’s. The area was full of singer songwriters like Carol King, Joni Mitchell and James Taylor living literally next door to each other. I’m slightly obsessed with the 70’s and by slightly, I mean very. 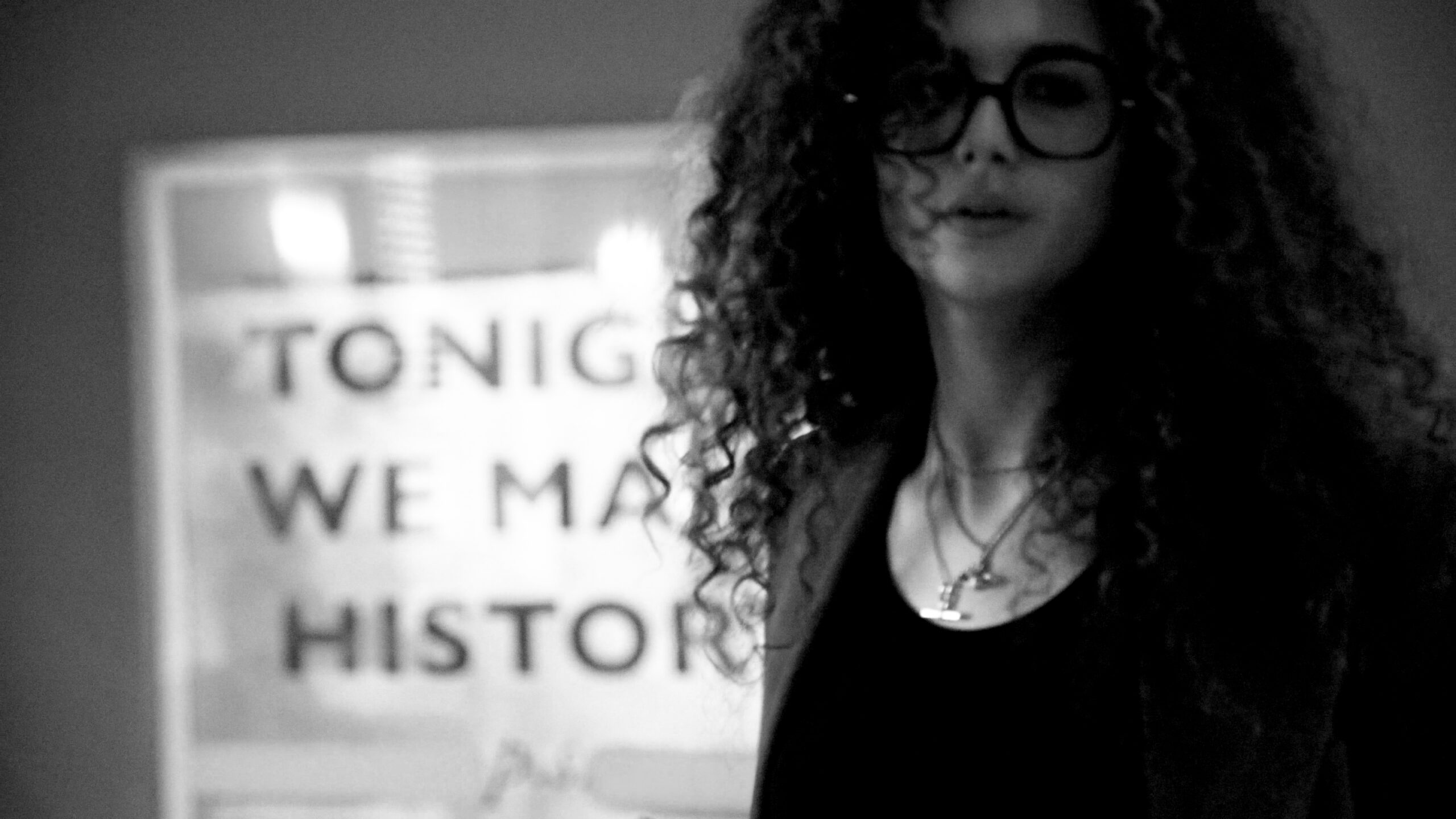 And what do you think of the era you’ve landed in? Do you feel the music of our time has changed in recent years?

Sadie: The era of rock bands is definitely on its way back and that’s really exciting for us. There’s loads of great rock music coming out right now, like Greta Van Fleet, Wet Leg and Pip Blom.

Sonny: Sound design and production keeps on advancing, which I find really exciting. There’s so much new technology to explore in the world of production, it really makes you feel like anything is possible. And it kind of is.

When you’re on-stage do you think about stage persona? Or is it just you two as siblings up there having fun?

Sadie: Not at all.. the people you see on Instagram, Tik Tok and on stage are the same people who go to university every day. This is what we love to do and the ‘characters’ you see are just us.

Sonny: Completely – we’re not trying to be anything or anyone that we’re not because I think people can see right through that. But I also like to think that we can get into a different zone, a different kind of head space when we’re on stage.

You’ve developed in a time in which the internet has made it much easier for artists to do things independently, so you don’t necessarily need label backing or management companies’ support . But there are downsides too I imagine. How do you feel about it?

Sadie: In a way it’s probably more accurate to say that social media has forced artists to work independently. We’re really expected to do everything ourselves now, which can be hard when you just want to focus on making music.

Sonny: We’re definitely lucky to have such control over how people see us but we’re not really looking to have a career in digital marketing… so record label support would always be well received.

That makes a lot of sense. With that in mind, where do you hope to see the London music scene heading?

Sadie: With rock making a comeback, I think the music scene will be moving towards a more raw and authentic sound,focusing much less on clean production and over engineered vocals.

Sonny: Completely, people are becoming more interested in a real sound and an imperfect band. There’s definitely the start of a move towards more emotional and raw music, and a move away from overproduced artists.

Have you got any new material in the pipeline?

Sadie: Oh yeah loads! We’ve been working with Band of Skulls for the better part of a year now. We’ve been writing a small collection of songs which we plan to release soon. It’s really exciting stuff for us – Band of Skulls were our favourite band when we were kids and writing with them was pretty much a distant dream. It’s kind of mad for us to say that we’re mates now.

Sonny: We’re super excited to be doing more gigs soon, so look out for those!

Sadie: We’ve also got a huge collection of half finished songs which we’re slowly working through, so there’s definitely more music on its way.