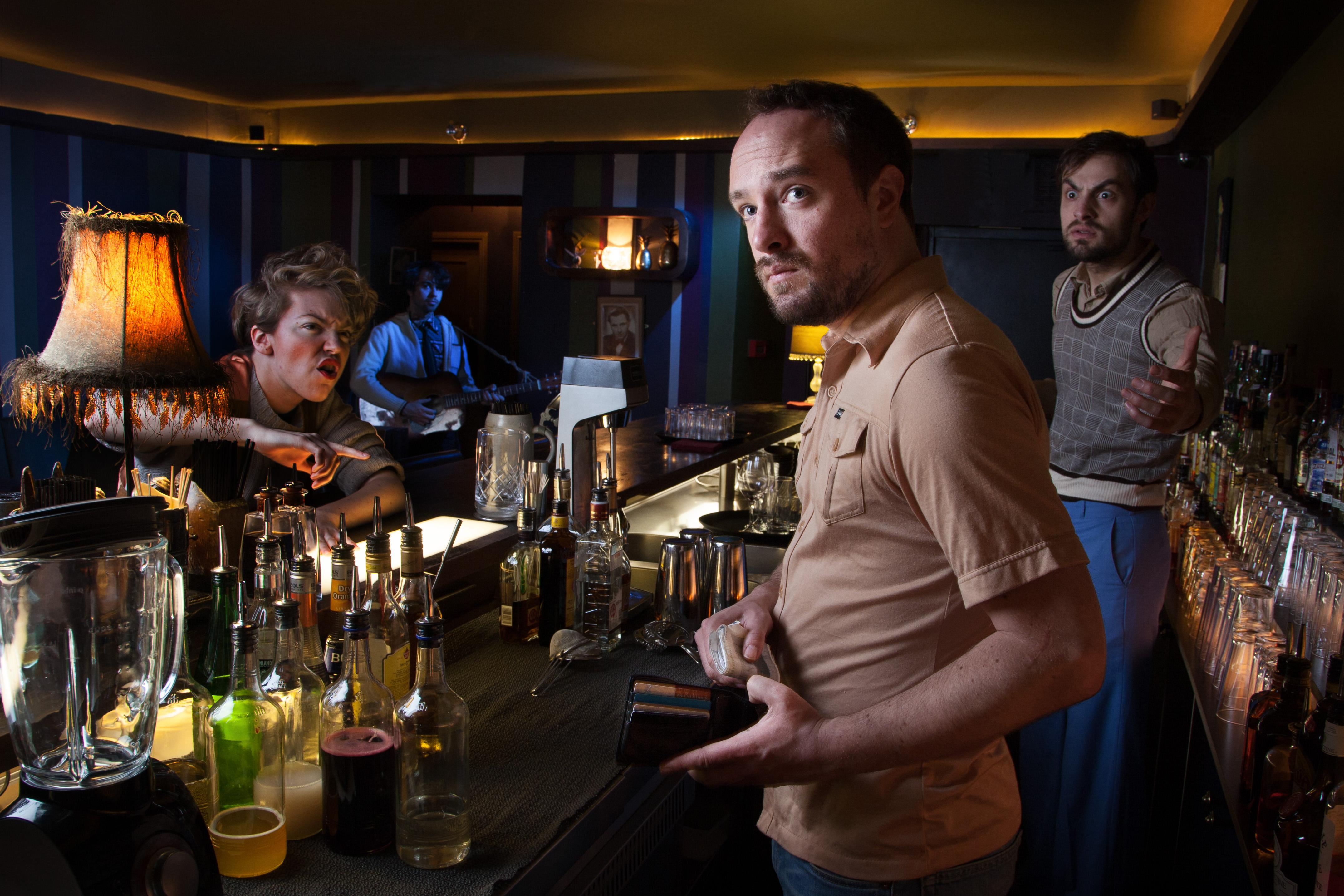 ‘Ablutions’, an adaptation of Patrick DeWitt’s novel, tells the story of a barman who has spent his working years observing other people’s lives, yet slowly begins to lose control over his own.

The play opens with the barman (Eoin Slattery) onstage, accompanied by a trio of musicians who sing and play instruments throughout the show to convey changes of scene, character or emotion to the audience. Unusually the musical director and composer, Ben Osborn, features in his own production, playing the guitar and singing. Fiona Mikel and Harry Humberstone, meanwhile, make up the rest of the male and female characters, forming a trio of musicians.

‘Ablutions’ takes the form of a monologue; the bartender explains to the audience what his life has been like up to now, and we witness his actions and thoughts as things happen around him. Mikel and Humberstone break out of the band, sometimes together, sometimes separately, to act the parts of the other characters in the barman’s life: his wife, his boss, his colleagues, shop assistants, a burlesque dancer, and many more. They both display incredible versatility, often switching between characters with deft rapidity. 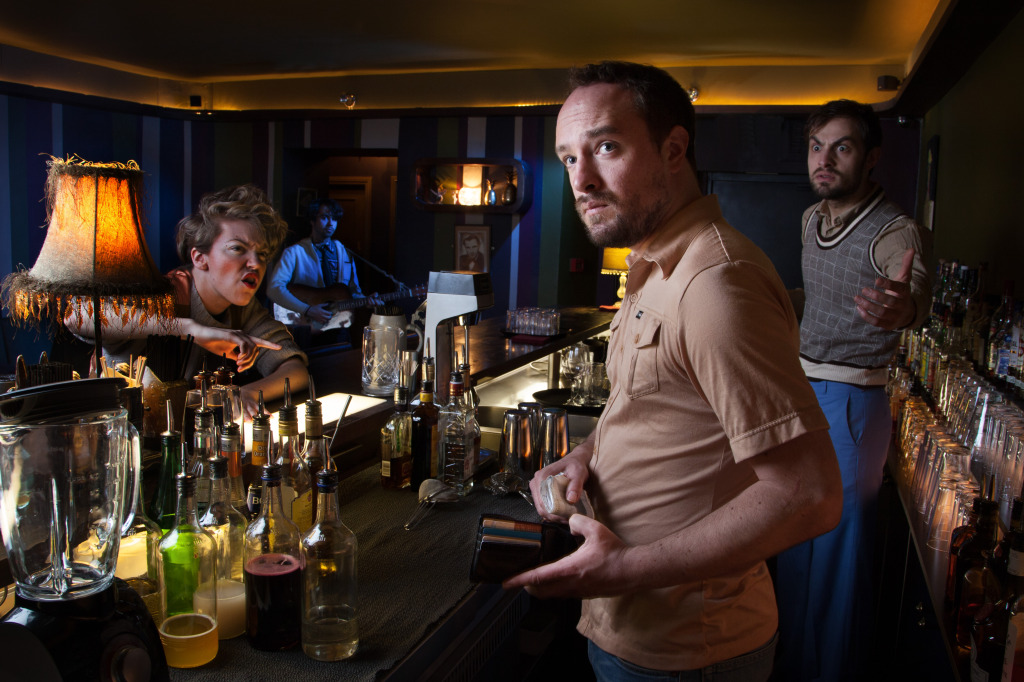 As there are no props, scenery or costume (aside from a hat and an apron) to indicate changes in scene or character, the audience is forced to rely upon the actors’ varying accents and dialogue with the barman in order to work out who is being portrayed at any given moment. The cast carries off this challenge admirably, while the stripping-down of the set and absence of breaks between scenes makes for a more fast-paced production.

Significantly, the bartender’s monologue is spoken in the second person. He describes his life to the audience as though they themselves are living it: ‘You do this; you drink that; you say this.’ This identification of the audience with the bartender is not merely implied, but rather explicitly intentional. Instead of listing Slattery as playing ‘the barman’ his character’s name is simply listed as ‘you’, suggesting that the barman’s life and his trials could, and do, apply to our own lives.

This play combines dance, mime, music and theatre, to produce a show that highlights the fragility of human relationships, reminding us that we are not so different from each other after all.

‘Ablutions’ will be showing at the Soho Theatre until the 22nd February, for tickets and more information please click here.