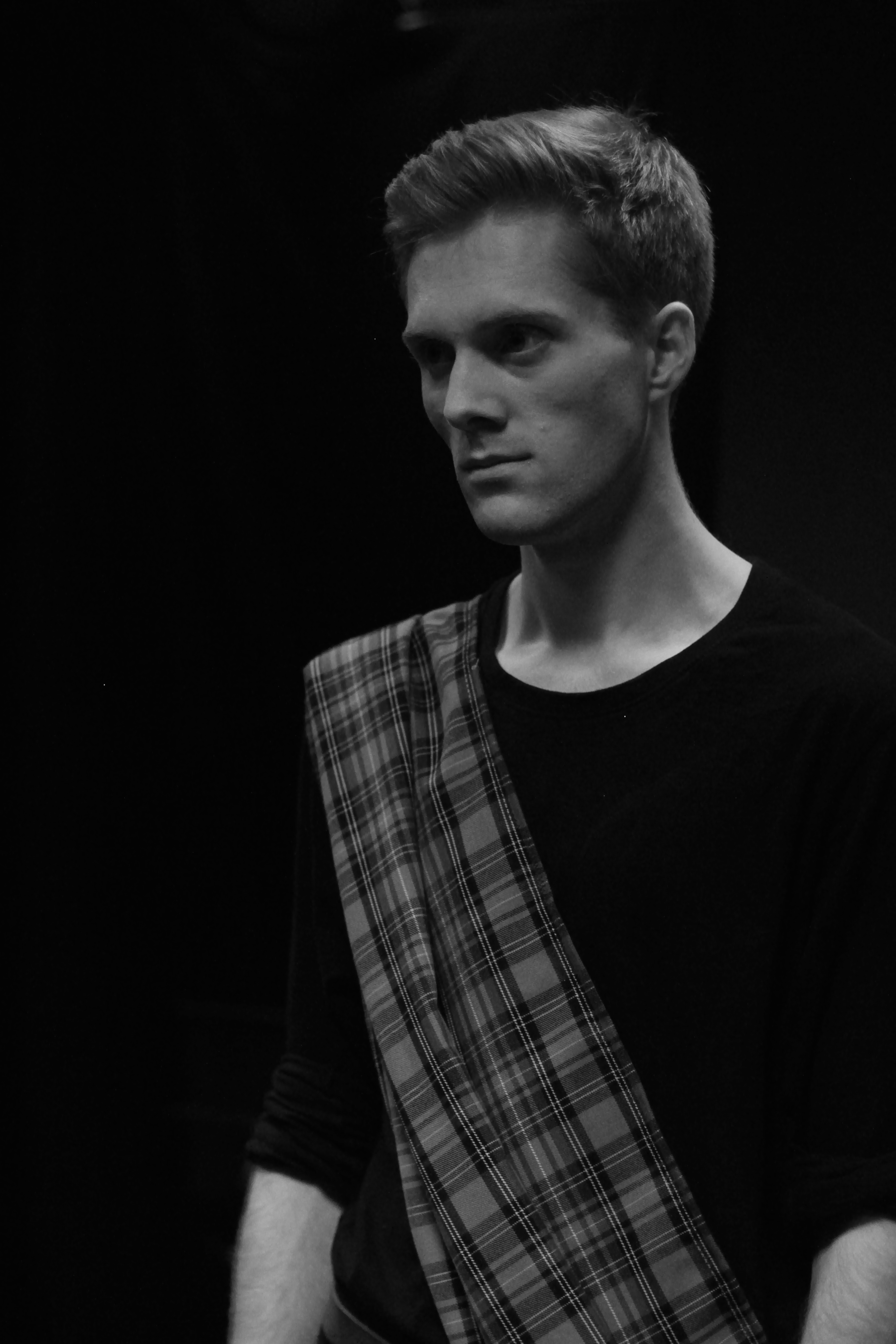 I’ve come to the conclusion that I can’t get enough of the Scottish play. Despite having seen two film adaptations of Macbeth (the recent adaptation starring Michael Fassbender and Marion Cotillard, and the 1940s Orson Welles version) over the span of the last two weeks, the UCLU Drama Society’s production of the play was still an immersive, compelling experience. Subjective digressions aside though, this was a most excellent production, overseen with tremendous professionalism and efficiency by Samantha Cheh. The Roaming Garage Theatre provided a minimalist setting and space that helped to convey both the detailed interiority and enhanced visceral impact of the booming storm noises which hearkened the opening of the play.

Director Sunita Rai and Assistant Director Rosie Nolan opted for a silent, oddly beautiful depiction of the trio of witches (Mercedes Bromwich, Tara Carlin, and Hannah Ganecki) who, forebodingly, leave wounds upon Alexander Lopez’s Captain. The witches’ employment as a recurring motif throughout the play was a masterstroke, particularly as Macbeth’s (Adam Woolly) household servants; masked in eerily white masks, they pervaded through the play as quietly unsettling factors, creating a constant sense of unease.

James Fairhead brought casual affability and elegiac class to the role of the doomed King Duncan; his approach to the character provided an interesting contrast to his aspiring successor. As Macbeth, Adam Woolley carried himself with a straight-laced authoritativeness before seguing into a broader, coarser form of power-hungry domination. Macbeth’s dilemmas were brilliantly parleyed by Woolley, who also struck an effective dynamic with Benjamin Teare’s Banquo, played with a sense of humour and more importantly, a genuine care for Macbeth that effectively sets up his character’s arc, and makes his exit all the more affecting.

As Lady Macbeth, Hannah Donelon began her performance with a forceful approach fitting for the character’s persuasiveness in abetting Macbeth’s ambition; the interplay between her and Woolley was intensely fascinating. Their ‘false faces’ and their intimate discussions provided great opportunities for both actors to show the public and private sides to the characters. Both actors were superb at showing the toll that the bloody business has on the characters. Woolley effectively demonstrated the simultaneous breakdown of Macbeth’s moral and mental state of being and Donelon was equally impressive in showing how Lady Macbeth’s guilt gradually catches up with her. The subtle shift of power between the two individuals was one of the most intricately and memorably handled aspects of the play as verbal sparring sprang into a physical, unsparing attempt by both sides to rid their hands of blood.

Avy Tennison, Alberto Lais, and Alexander Lopez excelled in their multiple roles, not only supporting the leads but making characters like Young Siward and the Doctor interesting in their own right. Cutaways to Malcolm (Daniel Catarino da Silva) and Macduff (Ed Wing) were equally compelling in showing the other side of the conflict, with da Silva’s Malcolm conveying a gravitas brilliantly tempered with hints of self-doubt and uncertainty. The final showdown between Macduff and Macbeth was excellently choreographed, transitioning from a seamless swordfight into a brutal hands-on fistfight. All in all, a very impressive performance after only a week of rehearsals.