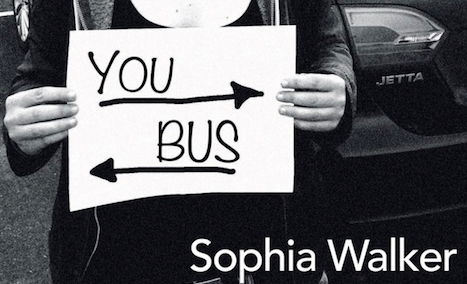 Walker writes from a seemingly bottomless pool of experiences, having lived in the Soviet Union, America, Britain and Vietnam, and worked as a journalist, a teacher and a care worker. Her poetry is informed by the rich array of cultures she has witnessed and the people she has met. She refuses to flinch at depicting difficult subjects, including rape in ‘Moment of Silence’ and dementia in ‘Relative Memory’. These poems are hard-hitting in their detail and vividness, yet the issues discussed are handled with remarkable sensitivity.

Given her subject matter, it would be easy to shoehorn ‘Opposite the Tourbus’ into the category of ‘political poetry’. It’s true that Walker has an incisive power of observation when it comes to injustices happening around the globe, most currently the police brutality continually perpetrated against young black Americans that has culminated in worldwide protests this year. Yet this political sensibility is entwined with personal reflections based in lived experience, from filming a documentary in war-torn Uganda in ‘Lira’, to witnessing a classmates’ grief following 9/11 in ‘Jump’.

Walker’s background as a spoken word performer and slam poet is immediately apparent from the book’s index, which reads like the track listing to an album, complete with the time it should take to read them. Thanks to this experience, her poetry has the pitch-perfect timing of a seasoned stand-up comedian, combined with the unaffected rapport of a singer or rapper. Writing her poems foremost as performance pieces also lends them a refreshing concision, clarity and openness.

On a few occasions  her transition from performance to the printed page is somewhat awkward; her poems seem to lose some of their force and coherence without her fierce intonation and stage presence there to shape our understanding. Despite this, the emotional rawness of poems such as ‘Two-Faced Love’: “My love for her left me defenceless / Her love for me plagued her with questions”, makes reading this collection almost as compelling as seeing her perform them live.

The collection reaches its peak with the complex and tender ‘Home & Garden’, a poem filled with longing for permanence in an unstable world: “We never saw spring flowers / burst through same ground twice; I / Have never had a home”. Sophia Walker’s poems are a pleasure to read, not because they are preoccupied with cruelty and suffering, but because they take all that pain and turn it towards the hope of something different; something joyful.