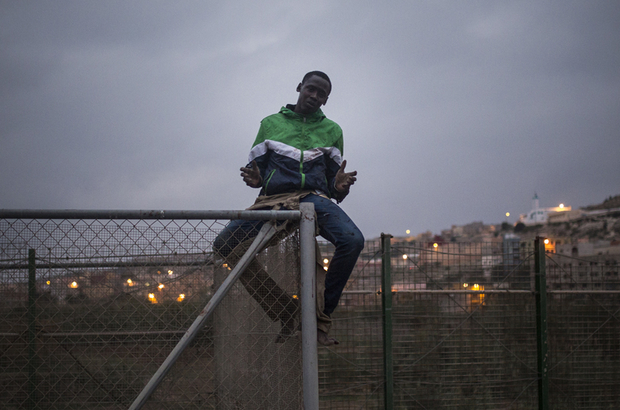 KELVIN TAN discusses ‘The Great Wall’, a documentary about the refugee crisis.

There is no dialogue in The Great Wall. Instead, the only audible human voice is that of the documentary’s narrator as she reads from Franz Kafka’s The Building of the Great Wall of China for the film’s duration. Kafka’s absurdist parable tells the story of one of the builders of the Great Wall as he reflects on the reasons for its construction years later. Director Tadhg O’Sullivan uses this story to make a series of deeply poignant and unsettling conclusions about the ongoing refugee crisis afflicting Western Europe.

The documentary’s title calls to mind the Great Wall of China, one of the Seven Wonders of the World and a feat of human ingenuity that was constructed to protect the Chinese states and empires against Mongol invasion. However, just as the ancient wall often proved ineffective, O’Sullivan reveals how our modern day attempts at building boundaries within the EU, both literal and metaphorical, are similarly flawed.

The Great Wall deftly juxtaposes the lives of those who build walls with those who are kept out by them. Within the European Border Agency, two men use satellite technology to search for refugees who might be breaching the European border. In contrast, we witness refugees living amid desolation and squalor in an abandoned apartment complex; as the camera pans across the high-rises of Canary Wharf, for instance, we are shown families squatting together on an open field, cooking dinner over open fires.

The film places a particularly unsettling emphasis on the similarities that exist between the walls erected across Europe, from the borders of Bulgaria all the way to the City of London. Barbed wire fences and concrete walls criss-cross over the European landscape and riot police line the streets in every city. As the narrator tells the tale of how sections of The Great Wall of China were completed in isolation and then connected together piecemeal, one cannot help but draw a parallel through the centuries.

The Great Wall inverts the typical picture of refugees as ‘invading’ Western borders, which is often whipped up by our government and the right-wing media. Instead, O’Sullivan shows us tender and humane snapshots of the refugees and their desperation. O’Sullivan provides us with a view into the lives of a family looking after their disabled child, or of children finding ways to entertain themselves in the confines of their refugee camps. Looking at the sheer contrast, it is difficult not to feel pangs of guilt.

Throughout all this, Kafka’s tale becomes frighteningly relevant as the film progresses. Particularly unsettling is the idea of humanity being doomed to repeat itself; just as the Great Wall of China was built largely on unsubstantiated fears, so are our modern walls in Europe. The nameless builder in Kafka’s story never stops questioning the rationale behind the wall, wondering why he and so many others were summoned from their provinces to build a wall against people he had never seen, and would likely never see. Sadly, and somewhat frighteningly, the ideology responsible for the Great Wall has not changed.

Kafka’s builder compares the cyclicality of human nature to a river bursting its banks: no matter how much it increases in volume, it is always destined to return to its natural course. In a similar vein, The Great Wall evokes questions of whether the human tendency to draw lines and boundaries is innate to our being.

The Great Wall is a relatively short documentary, but its themes are more substantial than its length would suggest. It is no fiery and passionate documentary, urging its audience to stand up and fight for a cause and neither is it a tear-jerker, intending to evoke pathos from its viewers. Instead, it is confrontational and direct, forcing us to question our understanding of not only the refugee crisis, but of ourselves.

‘The Great Wall’ was screened at the Book and Kitchen bookshop as part of the DocoClub.