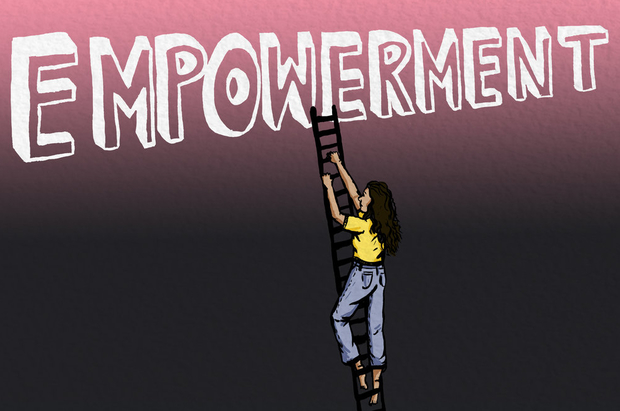 When those we were used to seeing on the big screen started to appear on the little screens in our pockets, social media felt almost like a leveler. Famous figures were suddenly closer than ever, living lives ever so slightly like our own. With its succession of ‘unposed’ snapshots, Instagram gave us access to every intricate detail of these lives.

Gradually, what started as a down-to-earth way for celebrities to connect with their fans evolved into one of the 21st century’s most crucial marketing tools. We have not made a big enough fuss about this progression: while artists, helped by their agents, now carefully hone the cyber-self they present to the world, the photos they post retain that same aura of spontaneity. Being perfect inside and out has a new, natural look – and it’s more aesthetically pleasing than ever.  The public and private self now seem to exist in harmony; messy emotions like sadness and rage are conveniently swept to one side, or else easily cured so long as you drink the right amount of green juice. Social media shuns extremes – normal poles of emotion are edited out in favour of seeming ‘just fine’ for the camera.

This affects young girls and women more than anyone else and, fittingly, around 58% of Instagram’s users are female (according to April 2016 data from comScore). Instagram relies purely on the visual aspects of our lives, so it’s not surprising that it is so central in a society preoccupied by the visual aspects of female existence. The idea of presenting a beautiful, flawless self to the world at the expense of your mental health is all too familiar for women; the faultlessly curated lives we see online are just another manifestation of an age-old idea of femininity. Girls are to be seen and never heard.

Few are more familiar with the ups and downs of this scrutiny than Adwoa Aboah, a 25-year old British model and feminist activist. While at first glance these two titles might seem to sit together a little uneasily, Aboah’s personal experience leaves her better qualified than most to directly tackle the chasm between the way girls look and the way they’re actually feeling underneath it all. ‘Being judged on how you look can be difficult, and it definitely affected me and the way I look at myself’, she summarised in a 2015 interview with Vogue. Beyond her glitzy career as a model who has graced the covers of American Vogue and i-D, she is also a human being who has struggled with addiction and depression, and found the strength and solace needed to overcome them in her own community of female voices.  It is this solidarity Aboah is aiming to replicate on a more global girl-to-girl scale through her project, ‘Gurls Talk’: ‘a movement that aims to create a platform where girls can openly share experiences in a safe and trusting environment’. Aboah created Gurls Talk to show girls that they’re not alone, and to remind them that ‘by opening up and sharing your personal stories, you too can discover that many others are going through the same things.’

One thing the Internet facilitates is engagement. Through Gurls Talk, Aboah, who has voiced her ambivalence towards social media, is harnessing its power as a force for good. This is refreshing to see — while celebrity and activism are more linked nowadays than ever, when it comes to Instagram there’s a lot less pressure to be anything more than just a pretty face. Purely by standing up as an influencer Aboah is reshaping a history where British influencers have been defined by their whiteness. By inviting girls and women, regardless of background, to find common ground in their experiences, she is inspiring a rebellion against the inflexible criteria that exist regarding what women should be, do and say.

Because that’s the thing- girls have a reputation for talking, and society keeps trying to shut them up. Earlier this month, the venture capitalist David Bonderman resigned from Uber’s board of directors after remarking that having more women on a company’s board would mean ‘it’s much more likely to be more talking’. The implication is the same — our gushing sincerity is annoying and inappropriate for the public forum. Girls are to be seen and never heard. It is, however, this tendency to ‘overshare’ that’s saving our lives: suicide is the biggest killer of men under 45 in the UK, and three times more men are killing themselves than women. Movements like the Campaign Against Living Miserably (CALM) are highlighting the toxic conception of masculinity that prevails in Britain, and the damaging stiff-upper-lip attitude that comes with it. This in itself is a product of the patriarchy, and feminism is a key part of the solution. CALM is built on similar principles to Gurls Talk in that both forums promote the power of speaking up. Both are also much needed under a government that continues to regard mental health as a buzzword rather than as a genuine issue.

Aboah’s desire to liberate women to publicly share the emotions they’ve been told to keep hidden – to discuss only with their nearest and dearest – is a product of her own brand of feminism, a feminism defined by ‘doing things for yourself and not being held back by what society views as appropriate’ (Vogue 2015). There is still a very narrow definition of what women are allowed to do and say, and as long as your public persona remains closely aligned to this it’s assumed you’re feeling merry. Our words are the weapons with which we must battle against this. Emotion is not ugly, and looking good and feeling good do not correlate as seamlessly as they might appear to. Adwoa Aboah’s Gurls Talk is carving out a place for threatening female honesty in a world dominated by fakery, forced smiles and silent submission, and is fuelled ultimately by a feminism that includes everyone.

Gurls Talk are hosting an event on Saturday 1st July, in association with Coach and Dazed. This free, one-day festival will include a variety of talks and workshops, focusing on empowerment, self-care and community. This event will take place at l180 Strand, WC2R 1EA from 12-6pm. RSVP with [email protected] to confirm your place.